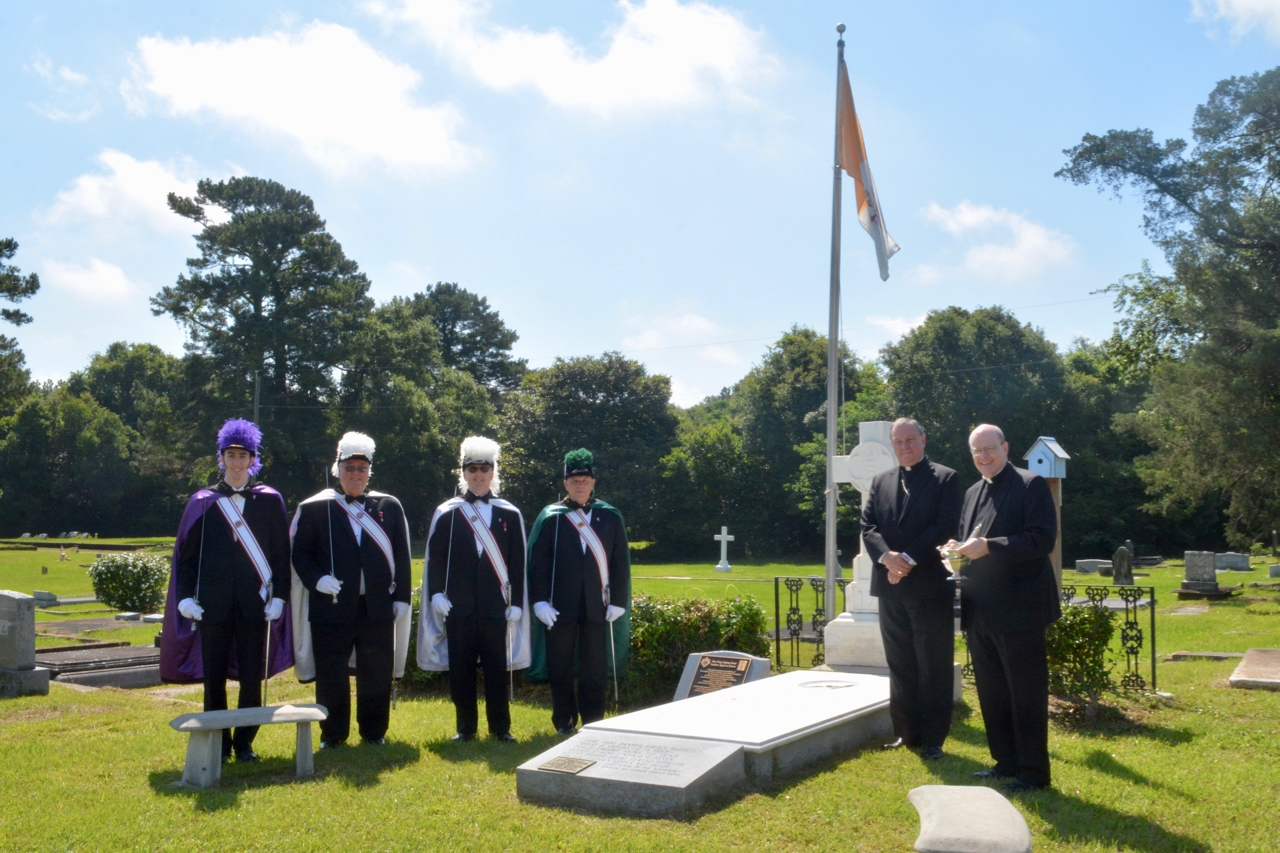 Four Sir Knights from the Father Abram J. Ryan Assembly 1087 in Dallas, Texas traveled to Mobile, Alabama on May 25, 2019 to dedicate a plaque donated by the assembly to commemorate the partnership between The Catholic Cemetery, the Archdiocese of Mobile, and the Sir Knights of Assembly 1087, who had voted on September 24, 2014 to provide in perpetuity the Papal flags flying over the grave of the assembly’s namesake, Father Abram J. Ryan. The Papal flags replaced the Protestant Christian flags that had previously been donated by an elderly local man, who wanted to honor Father Ryan but could no longer afford to continue donating the flags. 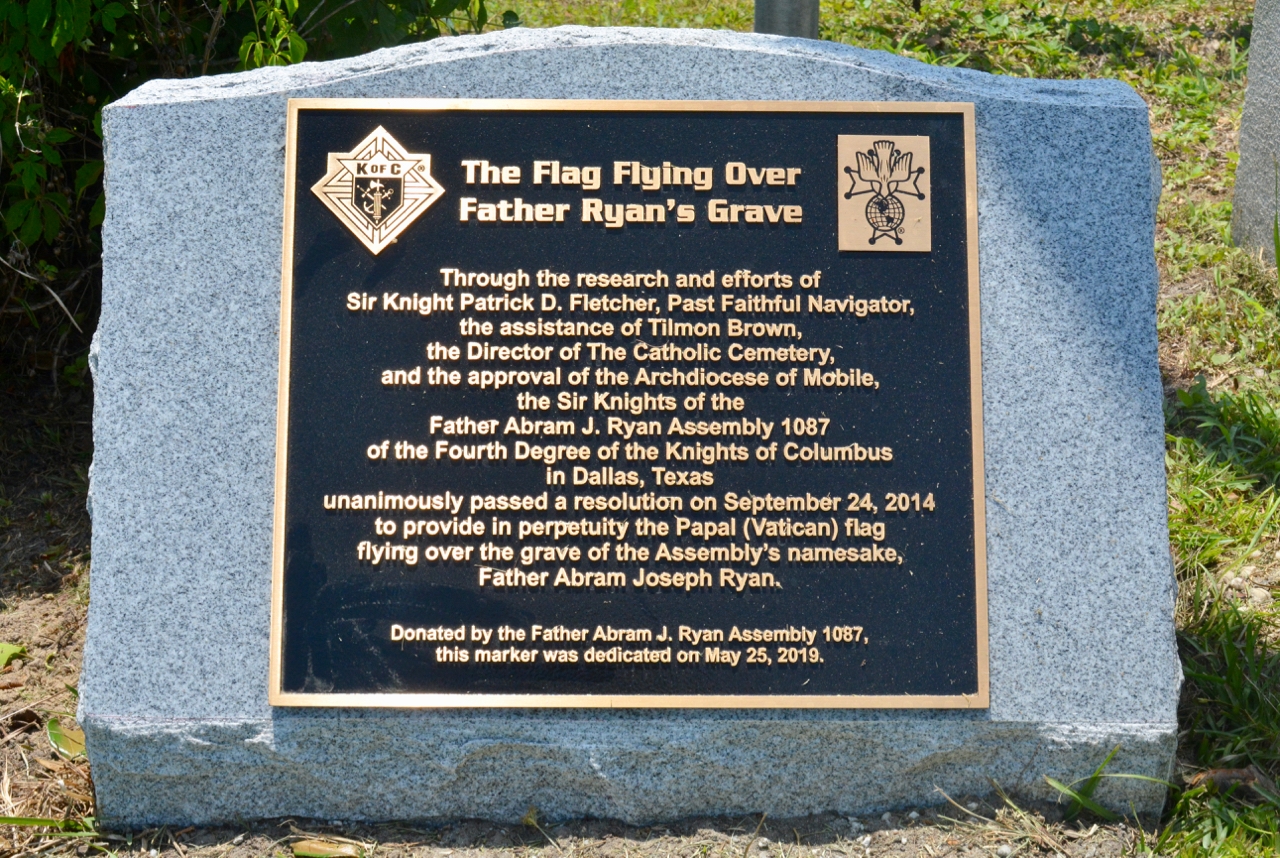