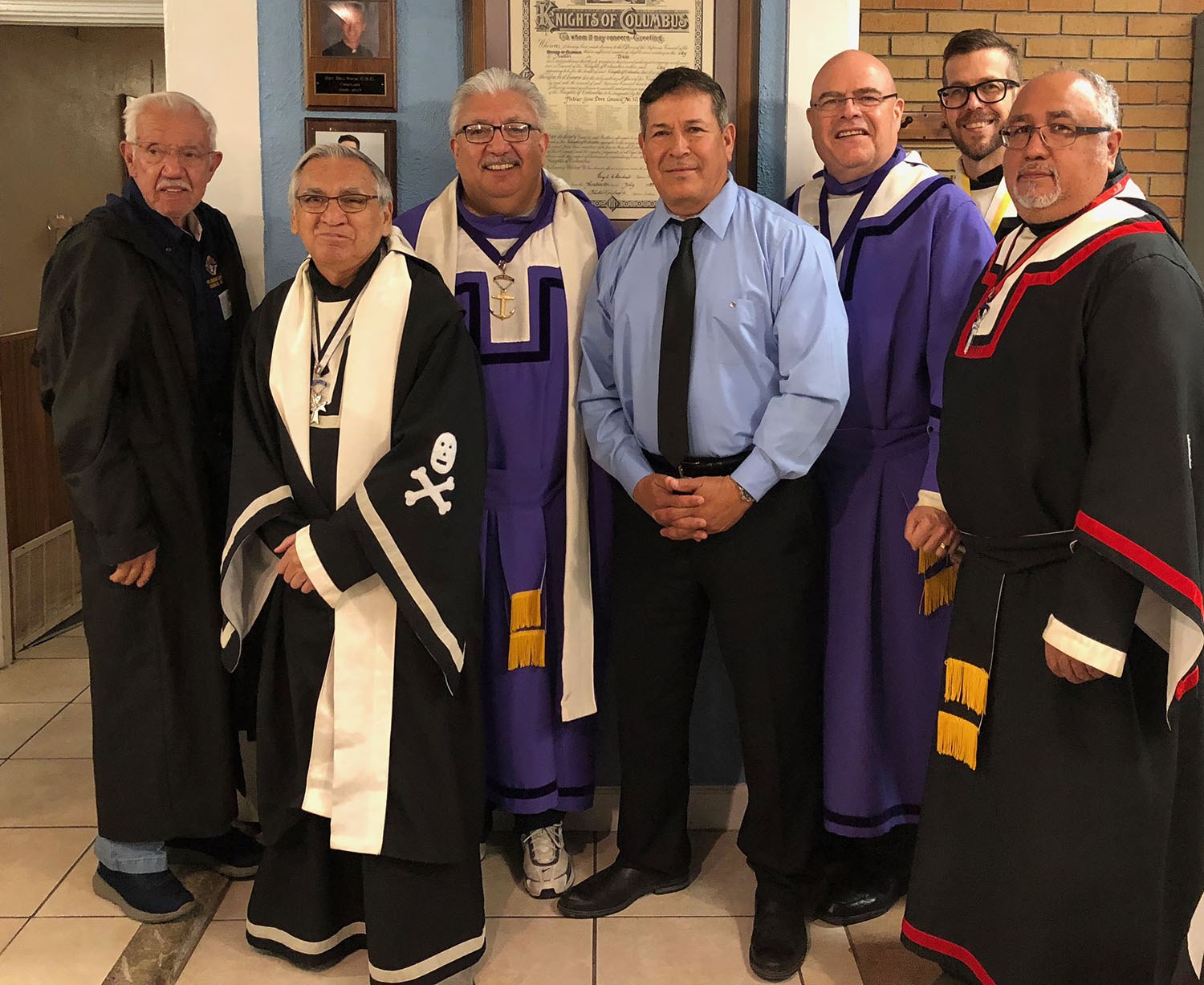 The First Degree Team from Father Gene Dore` Council 10131 in Austin, recently Exemplified their 1000th Candidate into the Knights of Columbus. This was on May 14, 2019. Raymundo Salazar from Council 10131 received a nice "swag bag" of KC items for the honor. Council 10131 is proud of our record. We have put on a First Degree every second Tuesday since April of 2001, missing only 5 in that time! And 3 of those were due to a death of a team member. We are lead by our Team Captain/GK Roger Ibarra, Jr., DGK Doug Oldmixon, Chancellor George Rosales, FS Tony Slagle, Warden Michael Carrizales and IG Roger Ibarra, Sr..