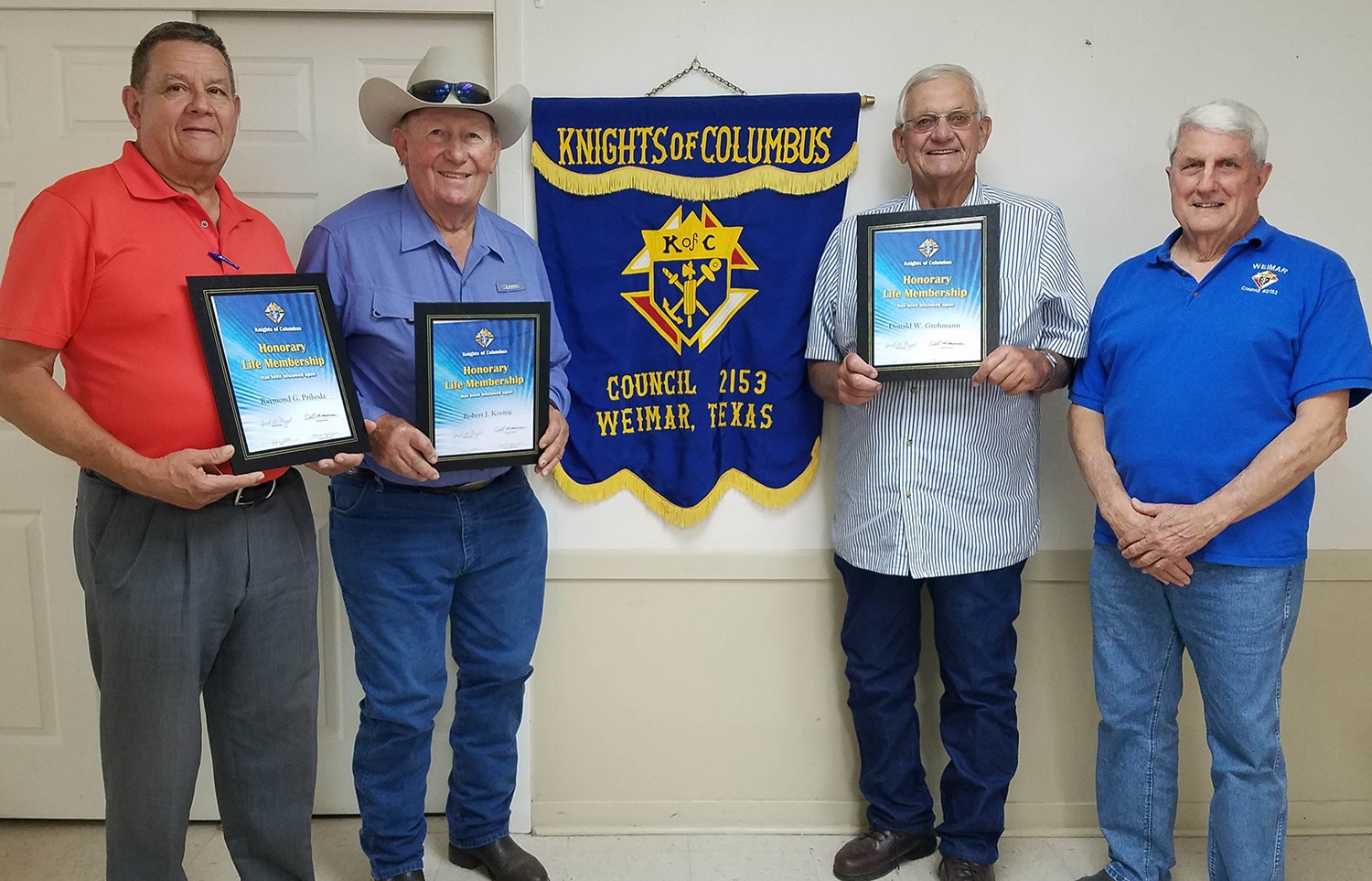 The Weimar Knights of Columbus Council 2153 at its August Monthly Meeting Awarded "Honorary Life Membership" to (L-R): Raymond Prihoda, Bobby Koenig, Donald Grohmann, by Grand Knight, Jack Muggli. Each of these Honorary Life Knights have achieved over 50 years of Service to the Knights Of Columbus and Council 2153. 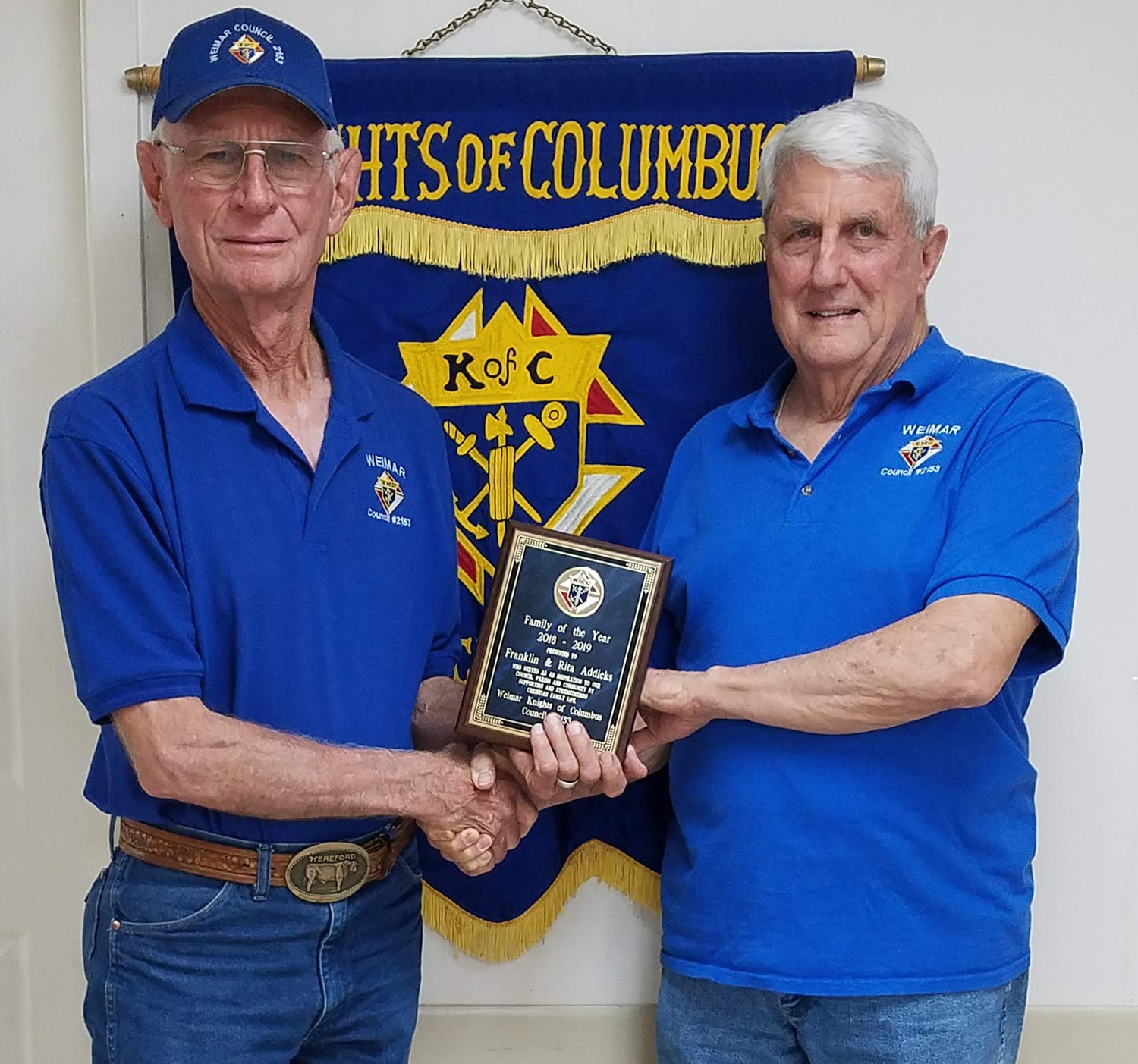 Weimar Knight Franklin Addicks, on behalf of himself and wife, Rita, accepts The Weimar Knights Of Columbus Family Of The Year Award from Weimar Grand Knight, Jack Muggli. Franklin and Rita are long-time members and active supporters of St Michael Catholic Church. Franklin has been a member of the Weimar Council for over 18 year.