My Pilgrimage to Europe 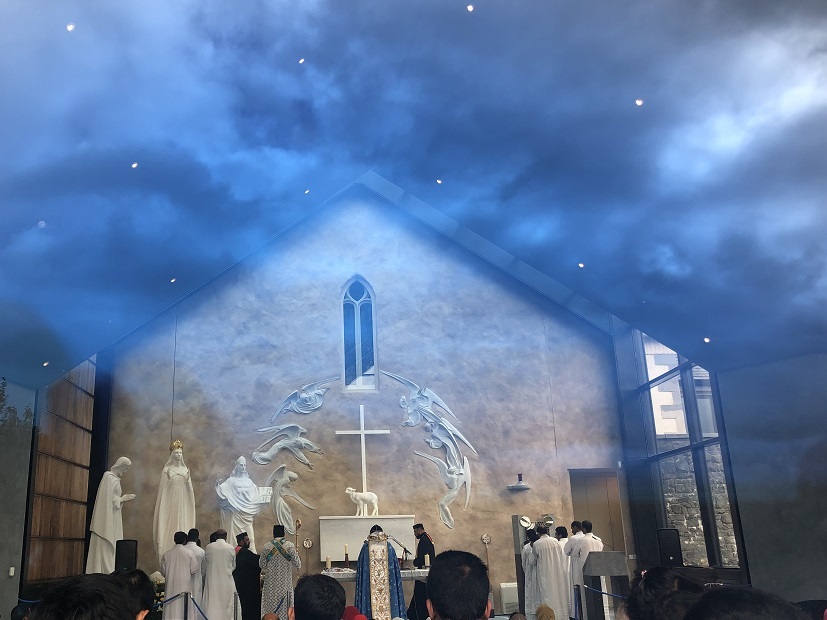 Dora and I just returned from a pilgrimage to Europe. We were members of a group of 48 people. All of which were Catholics from St. Patrick Parish Fort Worth and Our Lady Queen of Peace Parish Wichita Falls. It was headed by Fr. Sojan former Priest of St. Patrick but now at St. Francis of Assis in Grapevine.

Our tour took us through important points in Catholic Southern Ireland and through still standing Catholic Ruins in Northern Ireland, Scotland, and England. You become aware of how religious affiliation took a big turn due to one King’s desire for a male heir. Henry the VIII wanted to divorce his current wife but the Pope would not bend the rules to allow it. After many attempts to get permission he decided to just start his own Church and made himself the head of it. The takeover that followed was not pretty. He confiscated all Catholic Church property and treasures. He made the people of his kingdom join his knew church or be put to a gruesome death. Around 8 million left the Catholic Church.

The destruction of many Church buildings then took place throughout the country. We saw and visited some of those sites. The splendor of what the buildings used to look like is easily imagined.
About the same time that the people were being forced to leave the Catholic Church in England, God was doing something in the New World.Over 8 million natives of Mexico were converting to Catholicism.

The Virgin Mary mother of God Jesus Christ our savior had appeared to the peasant Indian Juan Diego.As proof of what she stood for, an image of her along with hieroglyphic messages was imprinted on Diego’s tilma, The tilma is like a cloak. The hieroglyphics announced who the one true God King is and that the Virgin was to be his Mother. The message brought by Mary was all that was needed. The Aztec spiritual beliefs included a feminine representative. Mary fulfilled that part. Conversion was massive and fast.

The Virgin Mary Mother of God has also appeared in a number of places in Europe. We visited one of those places. It is known as “Our Lady of Knock” Queen of Ireland. The apparition was seen by residents of Knock, a small town beset by poverty in Ireland on the outside wall of the Church of St. John the Baptist.
That wall is now a wall behind the altar of a small Chapel where Mass is held by Pilgrims such as us. Statues in the chapel represent the image seen by the people. The prayer to Our Lady of Knock recited there includes the following lines, “Teach me how to take part ever more reverently in the holy Mass.”
The Mass is a direct communication of ritual prayers to Heaven. We are worshiping God on Earth as the Angels do in heaven. I believe Mary wanted to show me that relationship when I took a photo through the front of the chapels outside plate glass wall and the clouds reflection became super imposed over the Altar while Mass was being Celebrated. I was floored when I looked at the picture. I didn't know the clouds were there. Please see the photo in the heading of this article.

The wall you see there among the clouds is the actual gable wall where the vision appeared!

The photo is especially glorious, considering the rich symbolism of the Lamb, the altar, and the cross, all so expressive of the Holy Sacrifice of the Mass as being in communication with Heaven where God is at.

The Virgin Mary’s commitment of giving us Jesus continues with her appearances in many different places. Her message is constant. She encourages us to devote ourselves to Christ and pray. The places she appears become a place of faith to visit as a pilgrimage. It is a place where a window to heaven and the supernatural opened up. Thus those who make the effort to go there receive extra graces. Many miracles of people being cured of grave illness are attributed to these pilgrimages. The Catholic Church is alive with the Holy Spirit. Everyone is welcome to come home to it.