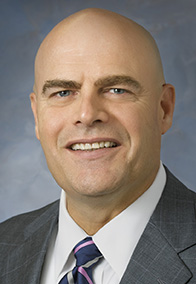 The defense of religious liberty is ingrained in the very DNA of the Knights of Columbus. The Order was founded on the heels of unparalleled growth of Catholicism in America. In 1850, Catholics made up only five percent of the U.S. population. Several years of devastating famine in Ireland led to an influx of Irish Catholic immigrants, later followed by Catholics from other European nations. By the early 1900s, Catholics were the largest single religious denomination in the country.This influx of Catholic immigrants changed the face of a mainly Protestant America and gave rise to a virulent anti-immigrant and anti-Catholic sentiment across the nation. The Order chose as its namesake Christopher Columbus, the visionary oceanic navigator who brought the Catholic faith to the New World. At the time of the Order’s founding, Columbus was a potent symbol of pride for American Catholics when being Catholic meant being treated as a second-class citizen at best, and a nonentity at worst.

From its inception, the Knights of Columbus have been a consistent voice against the enemies of a robust religious freedom. The struggle was never more palpable than during the early part of the 20th century, when the Order battled the Ku Klux Klan in America, and fought against the persecution of the Church in Mexico. In this era, the growth of the Order and its increased visibility on the national and international stage was perceived by some as an act of “Papal aggression.” The Klan was also gaining in prominence during this time and did everything in its power to persecute and marginalize the Knights, including spreading a false oath that claimed that the Fourth Degree swore to wipe out the Freemasons and all Protestants, and torture or kill anyone the Church ordered.The Order focused on fighting this smear campaign by educating the public about Catholicism in parts of the country where it was feared and maligned. In Texas in the 1920s, the Order formed a historical commission to oversee the publication of a history of Catholicism in Texas to demonstrate that Catholics should be considered as “fully American.”

The battle took on a life and death tone when the Mexican government began persecuting priests and Catholic laypeople. In 1926, foreign born priests and religious were expelled from Mexico. The President Plutarco Calles believed that the Catholic Church in Mexico was “a political movement, and must be eliminated to proceed with a Socialist government free of religious hypnotism which fools the people.”The public attack on the Church included the desecration of religious objects and the persecution and murder of clergy who conducted sacramental services. These actions of the government furthered Calles’ claim that “within one year without the sacraments, the people will forget the faith.” In the wake of this persecution, more than a million Mexicans migrated to the U.S. seeking, while others organized under the banner of “Cristo Rey” (“Christ the King”) to fight this oppression. This was the beginning of the Cristero War.

The Order was very active in Mexico at this time. The first Council started in 1905, and by 1924, there were 50 Councils across the country. During the persecution of Church, the Order in Mexico helped establish the League for the Defense of Religious Liberty, which organized the country’s main Catholic organizations to raise awareness of the persecution and demand that the Mexican government respect the rights of its citizens. In the U.S. the Order publically denounced the actions of the Mexican government and created a fund to help the exiled priests and religious and other migrants fleeing the violent persecution. In response, the Mexican government outlawed the Knights of Columbus and singled out its members for retaliation.

Undeterred, Supreme Knight James A. Flaherty met with President Calvin Coolidge in 1926 to ask that he demand that Calles end the religious persecution in Mexico. However, it was not until 1929, as a result of the intervention of U.S. ambassador Dwight Morrow, that Calles agreed to let churches resume celebrating Mass. During that three-year struggle, tens of thousands of brave Catholics, many of whom were Knights, died to defend religious liberty. In 2000, Pope John Paul II canonized 25 Mexican Martyrs. Six of these Martyrs were members of the Knights of Columbus. Read more about them at: http://www.kofc.org/en/mexican-martyrs/index.html

As members of the Knights of Columbus, we can be proud of this legacy and should continue the active defense of religious freedom in our time. It is a mission started over 135 years ago that we share and must continue to uphold through our words and deeds. One good way to do so is to participate in the U.S. Conference of Catholic Bishops’ annual “Religious Freedom Week”, 8 days of focus on religious liberty issues through prayer and action. Learn more about it at: http://www.usccb.org/issues-and-action/religious-liberty/index.cfm and the week’s activities at http://www.usccb.org/issues-and-action/religious-liberty/religious-freedom-week/index.cfm