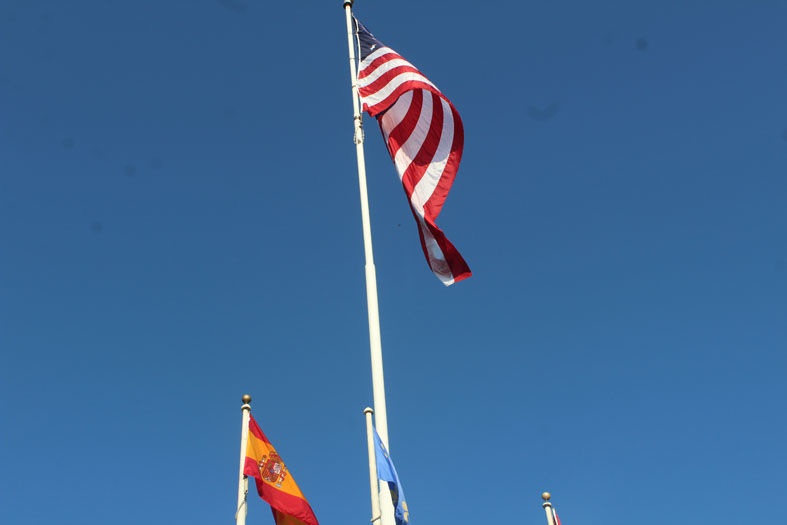 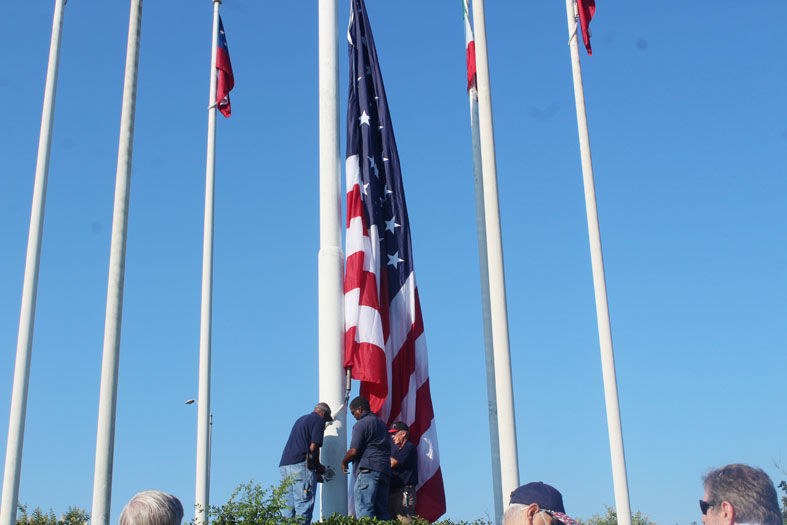 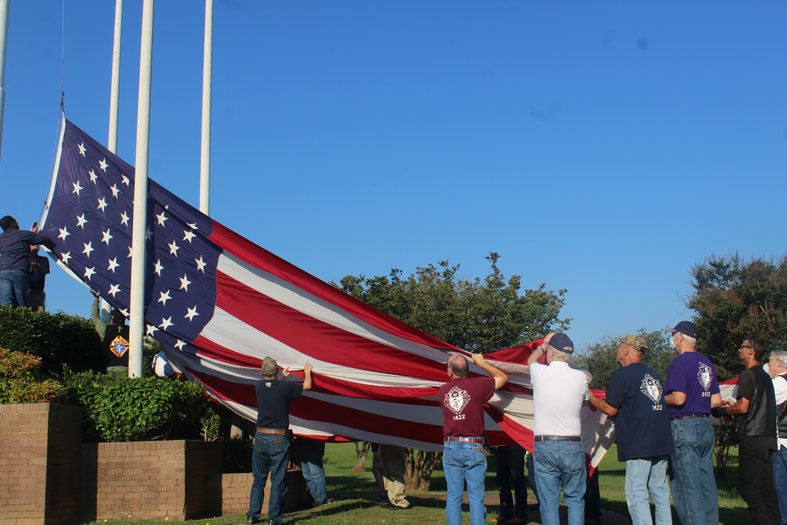 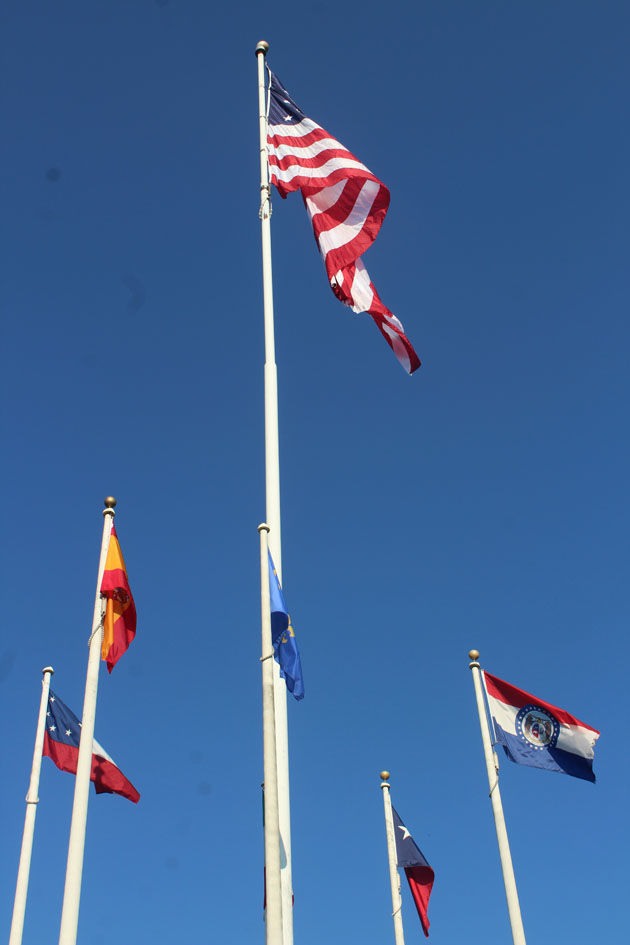 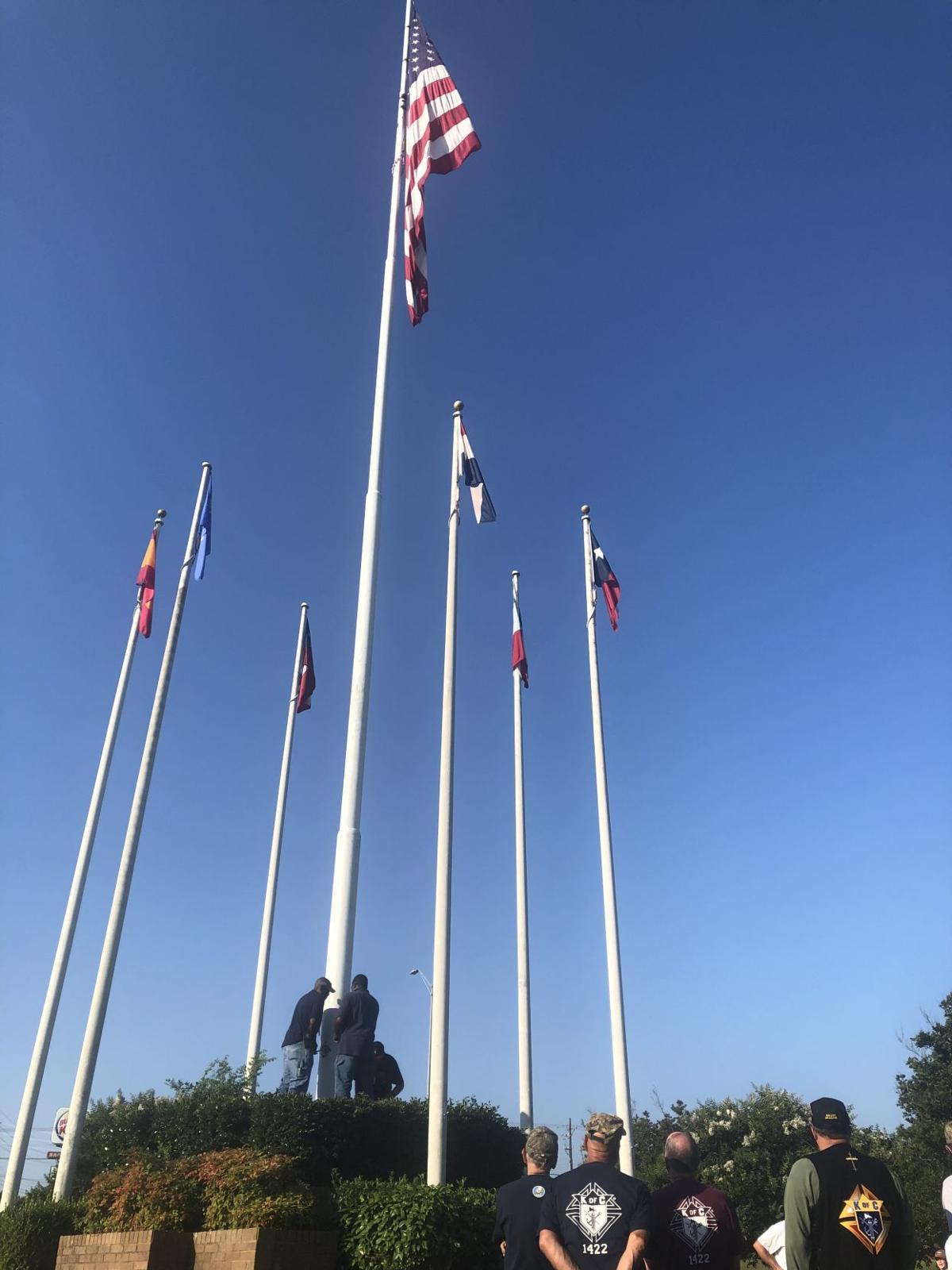 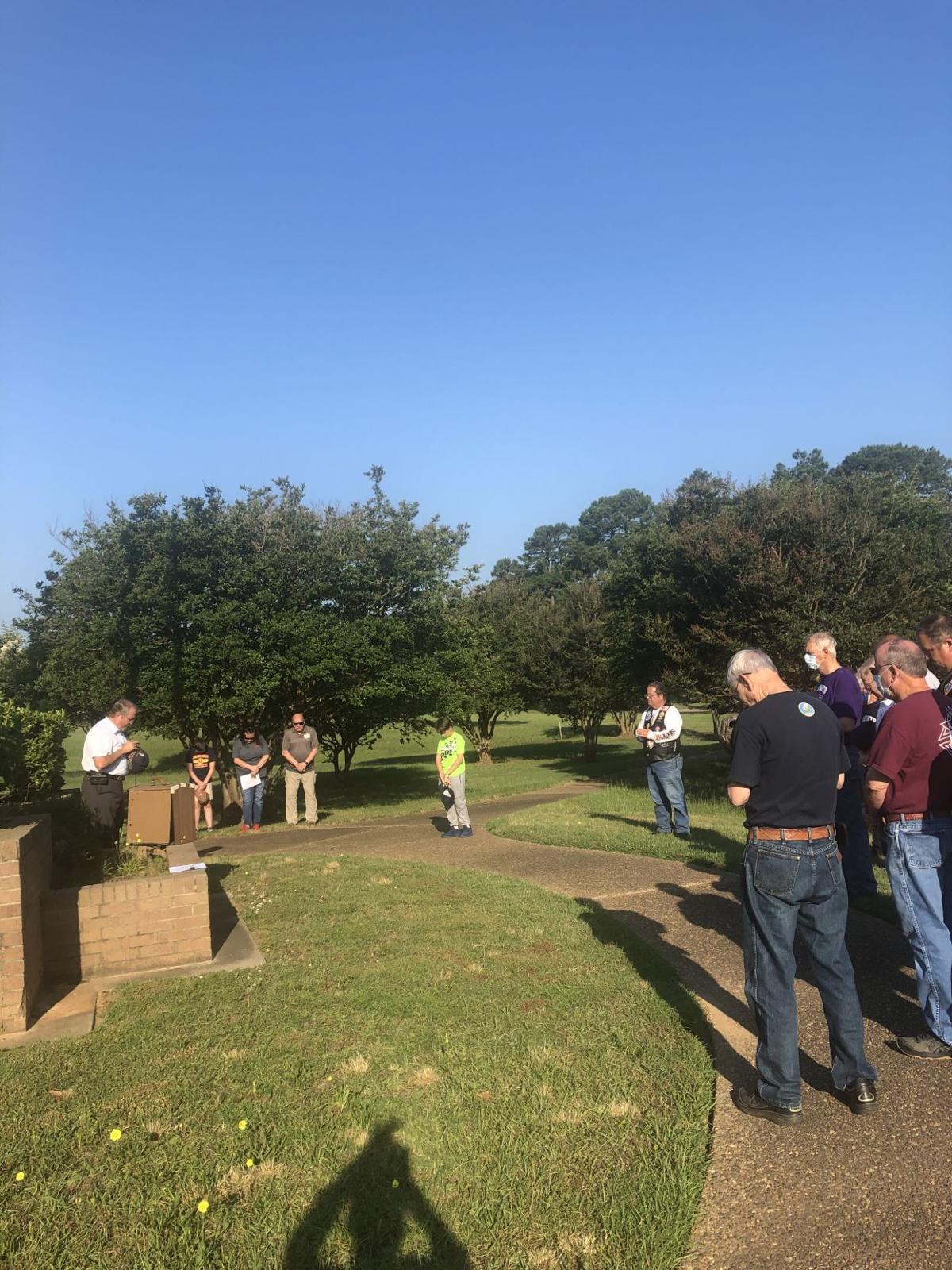 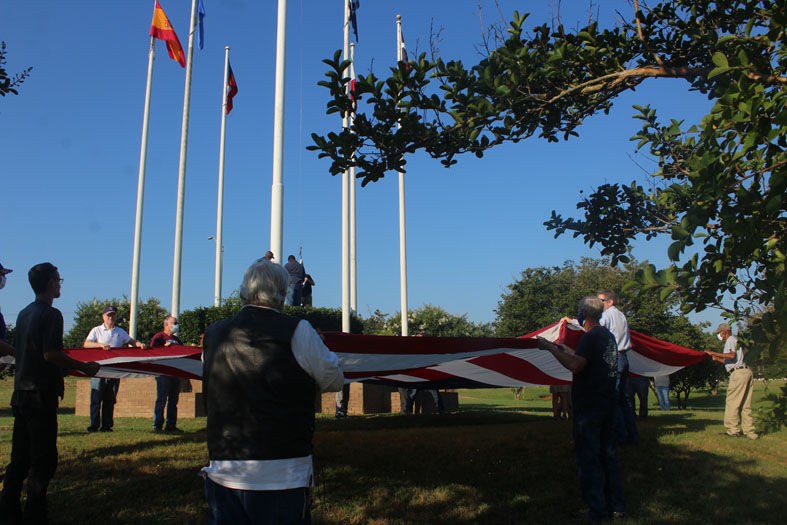 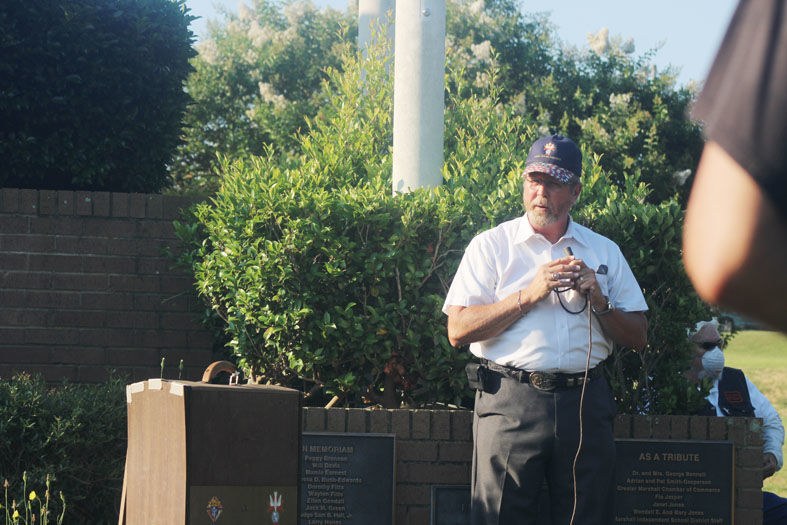 In commemoration of Flag Day, members of the local Knights of Columbus Council No. 1422 dedicated a new American flag at the Marshall Flag Complex, while retiring the old one, honoring it with 13 folds.

“This day in time of our country, this flag means so much more to so many people,” said Bill Elliot, former Pct. 1 Harrison County constable and an officer with the Knights.

“It’s always something that we can come back to and be thankful for the men that gave their lives to defend this flag and the men that defended and served in the military to respect this flag.”

The Council, based out of St. Joseph Catholic Church in Marshall, supplied the retired flag six months ago, in observance of Pearl Harbor Day, in December. The new one, raised on Monday, was provided by Coldwell Banker Lenhart Realty.

“Six months this flag has been flown while people come up and down this highway,” said Elliot. “A lot of people are not from here; they’re passing through.

“But this makes a point; they see it,” he said of the flag tradition. “It’s something they remember about Marshall, so it is very important.”

The flag ceremony is hosted semi-annually on Flag Day and Pearl Harbor Day to retire the old and raise a new one.

The national Flag Day observance is celebrated June 14 in commemoration of the adoption of the American flag on June 14, 1777 by resolution of the Second Continental Congress.

The 20-foot-by-30-foot flag stands tall at the Marshall Flag Complex, which is located at the corner of US Highway 59 and State Highway 43, adjacent to Marshall High School and the MISD administration building.

The flags, minus the Missouri, represent the “Six Flags over Texas” or the six countries that historically claimed sovereignty over some or all of the Texas territories.

The Missouri flag is included to pay homage to the Civil War time when the city of Marshall served as the capital seat for the exiled Confederate state’s government.

“I want to thank the school district employees, Marshall Independent School District, for being here with us to get this flag up and down,” Elliot said during his acknowledgments.

He thanked all of the members of the Knights, the community and Pct. 1 County Commissioner William Hatfield for sharing in the occasion to help maintain the flag.

Elliot gave special recognition to the young members of the St. Michaels Circle of the Columbian Squires of Marshall. The group was established in 1961.

“They are the young men of the Knights of Columbus,” Elliot said, noting members can join from age 10 to 18 before joining the Knights.

“I’m very proud of the fact that we got two of our Columbian squires here,” said Elliot. “These boys are here to help.

The young squires said the raising of the new flag was a memorable experience.

“It was cool because it was my first time and it was a great experience,” said 11-year-old Wyatt Harmon.

“Just to be here with the flag, for all the people who fought for the flag, it’s just a fun experience to be out here and help change the flag,” said 11-year-old TJ Henigan.

In his prayer, Elliot thanked God for the men and women in the military and the sacrifice they’ve made for the nation’s freedoms.

“Thank you for remembering the men that defended the flag and the men and women who might not have been able to come home from defending the flag,” said Elliot, asking God to protect them all.

Sharing the meaning behind the 13 folds of the United States Flag upon the retirement of the old one, the Knights noted that the seventh fold is a tribute to the country’s armed forces.

“For it is through the armed forces that we protect our country and our flag against all enemies,” the group said. “The last fold, when the flag is completely folded, the starts are uppermost, reminding us of our national motto: ‘In God We Trust.’”