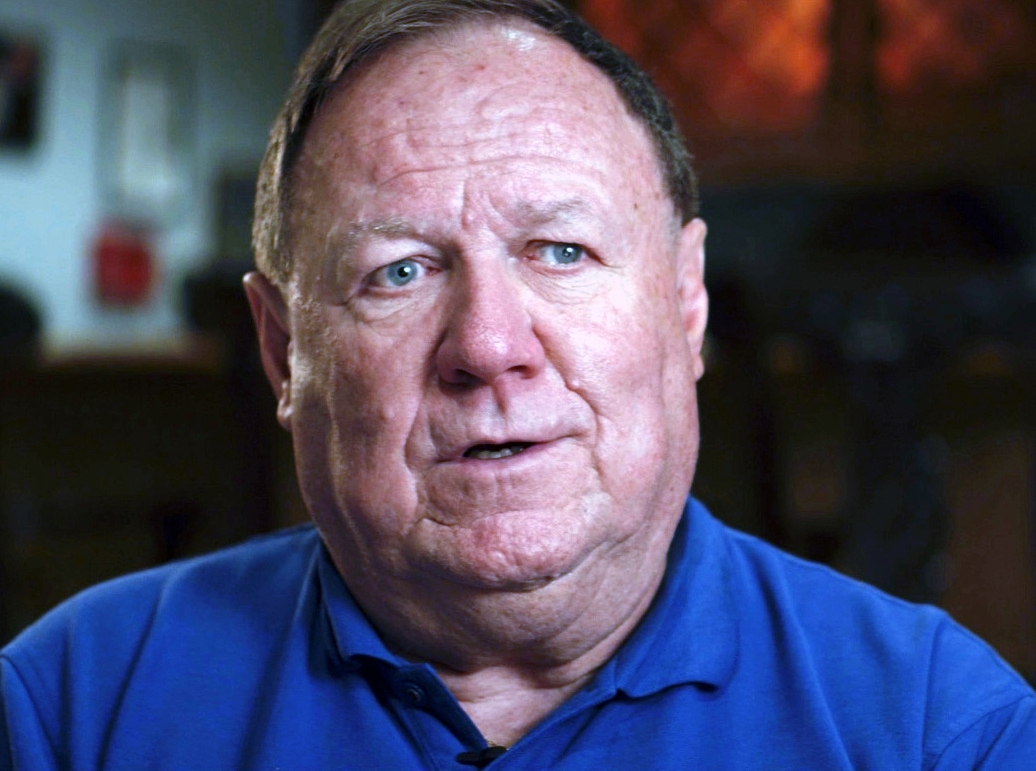 Roy Rabenaldt doesn’t hesitate to mention that one of the highlights of his four fraternal years as Diocesan Deputy for the Knights of Columbus in Dallas, which will end June 30, has been his commitment to stand with bishops and priests. It’s unlikely that many of the approximately 12,370 brothers across the diocese realize how literal that commitment has been.

During the annual March for Life in downtown Dallas, Roy and other diocesan KC leaders have personally provided a security escort for the bishop, first Bishop Kevin J. Farrell and now Bishop Edward J. Burns, following the event’s Mass to the gathering outside the federal courthouse where the Roe v. Wade abortion case was initially filed. Roy described his assignment during the march as designated bullet-taker.

“There was no doubt in my mind that if somebody came up with a gun, I would take a bullet,” he said. “I always laughed at Bishop Farrell because we’d have to fight through the crowd to get to the front of the parade, people started talking to him. And he would say, ‘You’ll have to excuse me. I need to go with this gentleman.’ ”

Roy, who will turn 71 in July, has never shied from involvement since the day he joined the Knights in November 1992. “If I’m going to join, I’m going to participate,” he said.

He joined Council 5052 at Mary Immaculate parish in Farmers Branch, which remains his council, and was active enough right off the bat to earn the council’s Knight of the Year award for the 1993-94 fraternal year. He served as Grand Knight 2000-02.

Roy grew up in San Antonio, where his father was a Fourth Degree Knight, and attended Catholic schools through graduation from Central Catholic High. He graduated from then-East Texas State in December 1973, came to the Dallas area to become an auditor and in 1985 founded the CPA practice that he still operates in the same building as the 5052 complex. He and wife Lisa will celebrate their 45th anniversary in October and have been blessed with daughter Logan, 33, son Brent, 29, and two grandchildren.

Lisa was Episcopalian when they met, and she converted to Catholicism soon after they were married. Part of the multi-religious “team” that officiated their wedding ceremony was Roy’s pastor from back home at St. Gregory the Great in San Antonio – future Dallas Bishop Charles Grahmann.

Roy took the mantle of Diocesan Deputy from Roger Scott in 2016. The transition was so smooth it was almost nonexistent.

“I talk to him at least once a week,” Roy said. “Roger calls me Roger Jr.”

The position of Diocesan Deputy is unique to Texas, a necessity of volume given the state’s nearly 107,000 members. Consider there are more brothers in the Diocese of Dallas than in all of Oklahoma.

The most important function of a Diocesan Deputy, according to longtime Assistant Diocesan Deputy Jim Kowalski, is the simple-yet-complex one of disseminating and coordinating information and directives that emanate from the state and Supreme levels.

“One of the best things he does is communicate,” said Kowalski, eight years in the position and a founder of Council 8157 at Holy Spirit parish in Duncanville in 1982. “And he stays on top of it.”

One of Roy’s priorities as Diocesan Deputy has been furthering the Dallas Knights’ commitment to the American Wheelchair Mission. Roy said more than 80 percent of the state funds for the mission come from Dallas.

Father Tom Cloherty, pastor at Prince of Peace parish in Plano, has worked with Roy on the wheelchair mission.

“Roy’s support and his involvement has been a blessed addition and probably a good reason for the success of the mission within the Diocese of Dallas,” Father Tom said.

Another goal of Roy’s has been growth of the Dallas Knights’ RSVP efforts – short for Refund Support Vocations Program. Councils for years have collectively made donations of at least $500 to seminarians attending Holy Trinity Seminary and Redemptorist Mater Seminary.

“I’m seeing the fruits of us doing that for so many years because those seminarians have never forgotten the Knights of Columbus,” he said. “The priests know they can call on the Knights 24-7 and we’re going to be there in sufficient support in anything they ask us to do.”

Roy is also stepping down as chairman of the Knights’ state audit committee. Then there’s the role that he has filled for nine years – preparing his special recipe Texas chili served to about 200 eager eaters during the hospitality period of the annual Supreme convention. The job became his when he suggested the delegation’s chili contain venison instead of beef – and was promptly told he could take it over. Roy has been making it, freezing it, packing it in suitcases with Styrofoam lining and hauling it (helped by Roger) to the convention site by car or plane.

Social restrictions during the current pandemic have complicated KC doings in recent months as Mike Courtney (pictured at right) takes over as Diocesan Deputy on July 1. “But when we can move forward, we’re going to be one of the first (dioceses) moving forward,” Roy said.

As for what he’ll do with the Knights beginning in July, Roy said he’ll continue to be involved with Council 5052 and also work on some special KC projects. “I’ve enjoyed the Knights,” he said. “It furthered my commitment to the church and my religion.”

It was Bob Stras, Roy’s KC mentor in Dallas, who suggested years ago he become Grand Knight. And Chapter President. And District Deputy. And Diocesan Deputy.