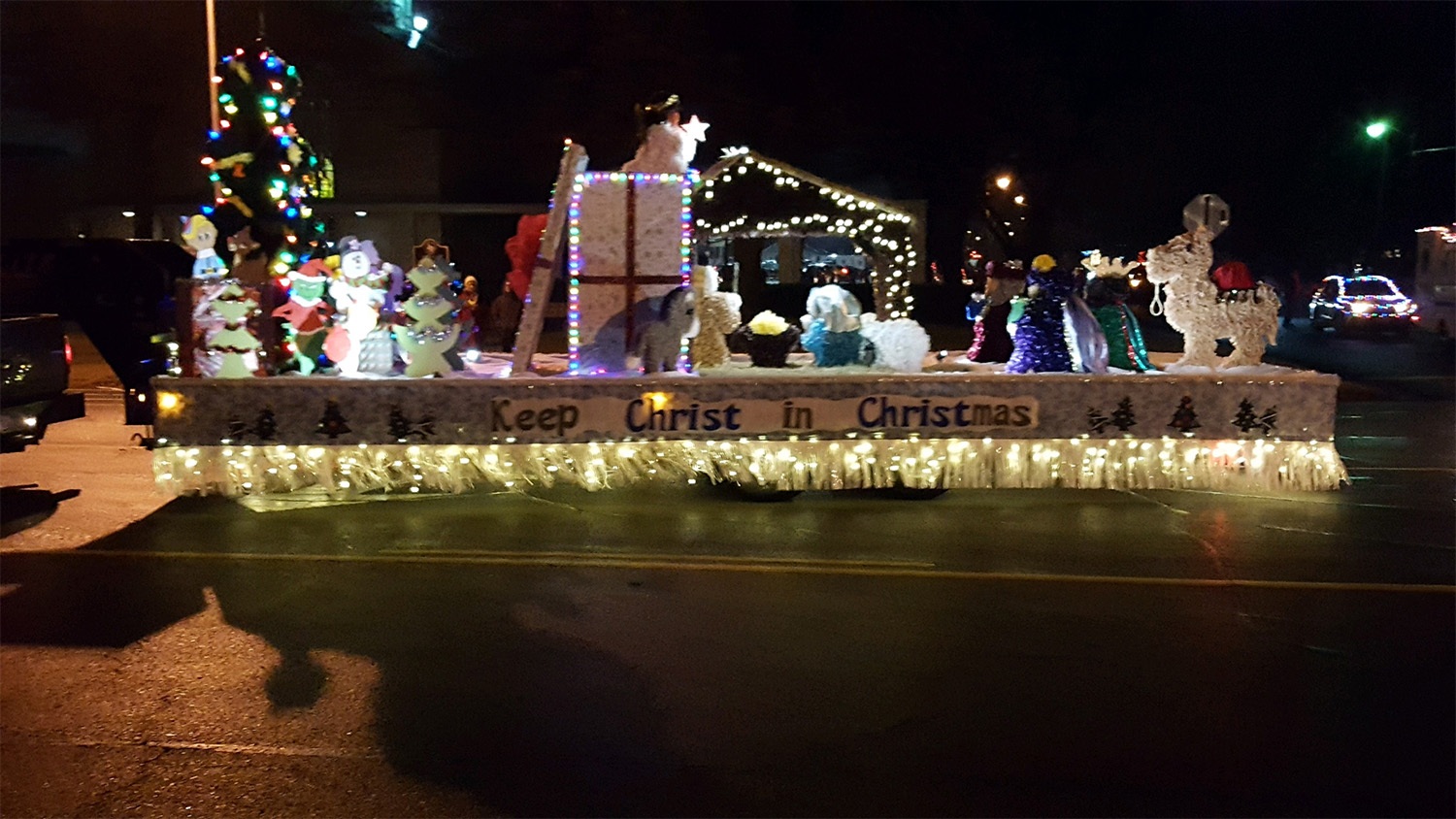 Several months ago, the members of Council 830 decided to improve the overall quality of their annual Christmas float entry in local parades. The members worked many hours designing and constructing the float at the home of a member. Their many hours paid off with the float winning Second Place in the City of Sherman Christmas parade and the big prize, First Place in the City of Denison Christmas Parade. The float was a favorite of the crowds receiving many accolades from the people lining the parade route. The First Prize money was donated to St. Patrick for the major stained-glass window project. The members of Council 830 consist of parishioners of St. Patrick and St. Michael and all Angels Catholic parishes,