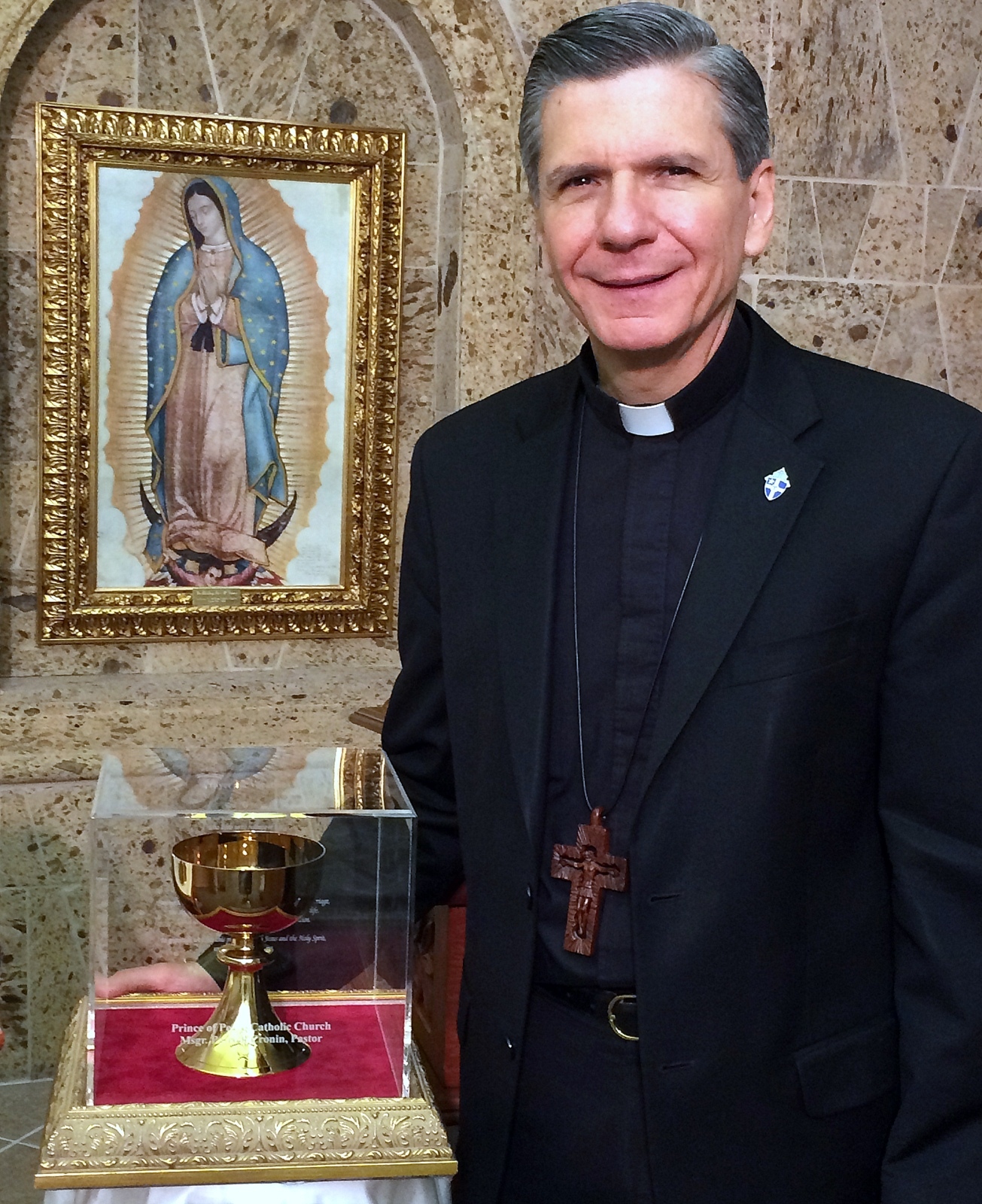 We all know that we have a shortage of Priests. Council 7983 is helping fill the need by having the congregation of Prince of Peace, in San Antonio, TX pray for more men and women to enter into religious life. Under the leadership of Past Grand Knight Richard Delgado, the council established a program called Traveling Chalice. With a humble beginning of just one chalice for 5 Masses the program has grown to 5 Traveling Chalices, one for each Mass.

The program has been active in the Prince of Peace Parish for the last 10 years. Each week, at the weekend masses, the chalice is handed out to a family to promote vocations to the priestly, religious, single, and married life. After that family has it for one week, they pass it along to another family at mass. The chalice comes with a book of prayers for each day of the week that can be used by the family.

This episode of ‘The Call’ can be viewed at: https://www.archsa.org/vocations/the-call-prince-of-peace