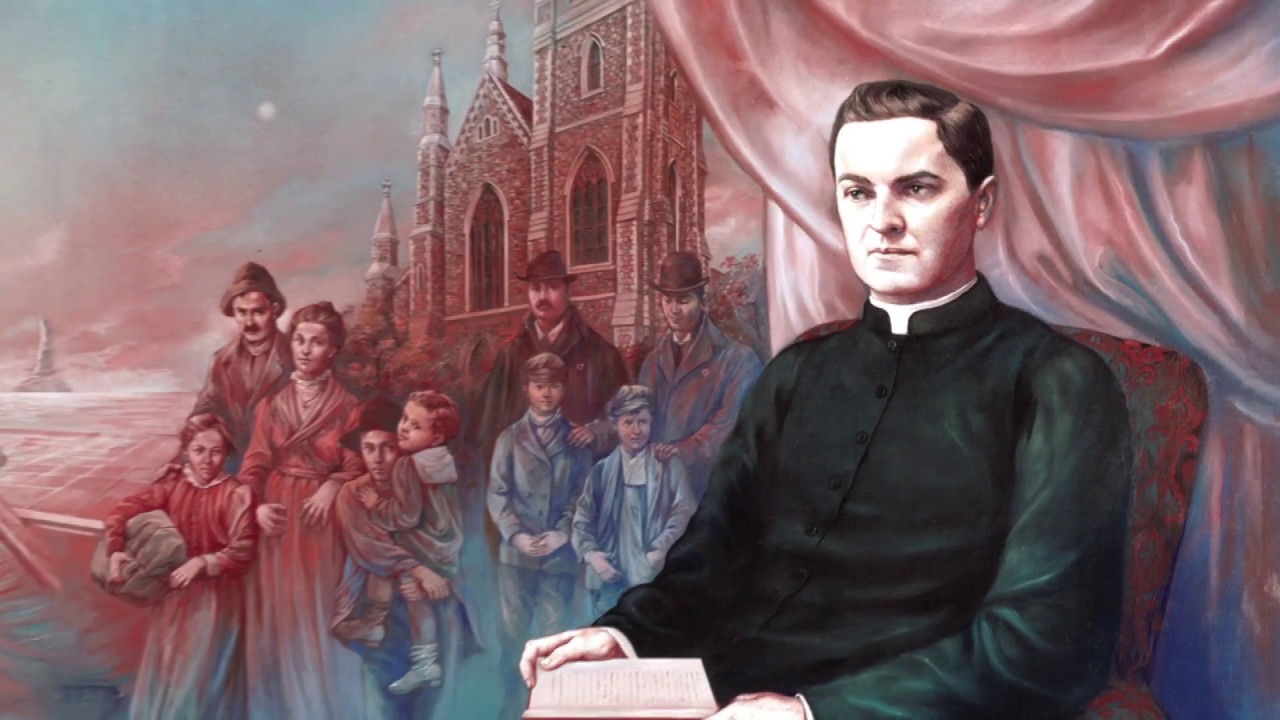 HARTFORD, CONN. — Attendees at St. Joseph’s Cathedral in Hartford, Conn., erupted in applause and church bells rang as Father Michael J. McGivney, founder of the Knights of Columbus, was officially declared “blessed” at his beatification Mass held on Oct. 31.

In a decree from the Vatican that was read at the Mass, Pope Francis credited now-Blessed Michael McGivney for his “zeal for the proclamation of the Gospel and generous concern for his brothers and sisters” that “made him an outstanding witness of Christian solidarity and fraternal assistance.”

The Vatican decree was read by Cardinal Joseph Tobin of Newark, the main celebrant of the Mass, with Archbishop William Lori of Baltimore — Supreme Chaplain of the Knights of Columbus — providing a translation. Other dignitaries present included Cardinal Timothy Dolan of New York, Cardinal Seán O’Malley of Boston, Archbishop Leonard Blair of Hartford, as well as Supreme Knight Carl Anderson and other Supreme Council officers.

The celebrations emphasized Blessed McGivney’s humility, his holy witness and his love for the parishioners he served, with his “crowning achievement” being the establishment of the Knights of Columbus.

The beatification Mass follows five months after the May 27 announcement that Pope Francis approved a decree recognizing a miracle attributed to the intercession of Father McGivney. The miracle involved the healing of Michael “Mikey” Schachle from fetal hydrops, which causes a fatal accumulation of fluids throughout the body of an unborn child.

The Schachle family, including Mikey, attended the beatification Mass and presented Cardinal Tobin with one of Blessed McGivney’s relic. Members of the K of C founder’s remaining relatives also participated in the celebration.

During the event, Supreme Knight Carl Anderson read a brief biography of the K of C founder, stating that Blessed McGivney remains a witness and inspiring example for the more than 2 million members of the Knights of Columbus around the world.

“Nearly a century before the Second Vatican Council, Father McGivney’s vision empowered the laity to serve the Church and their neighbors in a new way, through a greater commitment to charity and build effective cooperation between laity and clergy,” Supreme Knight Anderson said. “Today’s beatification serves to encourage that vision of lay leadership and fellowship.”

Blessed McGivney was born of Irish immigrant parents in 1852 in Waterbury, Conn., and began his priestly ministry in 1887 after being ordained in Baltimore. At a time of anti-Catholic sentiment, he worked tirelessly to offer practical solutions to immigrant Catholic communities in Connecticut. In 1882, he founded the Knights of Columbus to provide spiritual support to men and offer financial resources for families that had suffered the loss of a breadwinner. He died of pneumonia on Aug. 14, 1890, after falling ill amid a pneumonia pandemic.

The process for his possible canonization officially opened in 1997. In March 2008, Pope Benedict XVI declared Father McGivney “a Venerable Servant of God,” citing the “remarkable accomplishment of that exemplary American priest.” Today’s beatification brings Father McGivney one step further in the canonization process, which could eventually lead to a declaration of Father McGivney’s sainthood.

Supreme Knight Anderson thanked Pope Francis, Cardinal Tobin, Archbishop Blair and others for their support in this process, saying that he believes that the beatification will reinvigorate the Knights’ charity and strengthen the Order’s fraternal brotherhood. He evoked Pope Francis’ new encyclical Fratelli Tutti — which calls Catholics to decide whether to be “Good Samaritans or indifferent bystanders” — saying it was “providential” that it was published the same month as Blessed McGivney’s beatification.

Blessed Michael McGivney’s liturgical memorial will be observed annually on Aug. 13, the day in-between his birth (Aug. 12) and death (Aug. 14).

Want to learn more about Father McGivney’s legacy and influence on people around the world? Visit kofc.org/beatification.