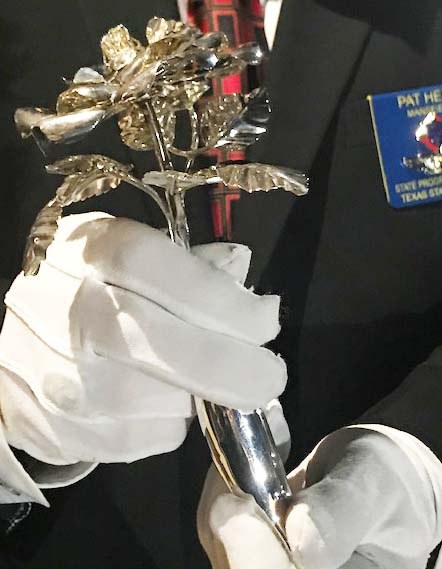 Eight silver roses are carried along different North American routes that include Canada, every U. S. state, Puerto Rico, the District of Columbia, and Mexico.The tradition spreads devotion to Our Lady of Guadalupe and embodies the international brotherhood as jointly nurtured across the continintent.

The Silver Rose will be transferred to the Austin Diocese on December 4 and travel to Laredo, Texas where it will be given to Mexico where all eight Roses will be joined at Basilica in Montery, Mexico.