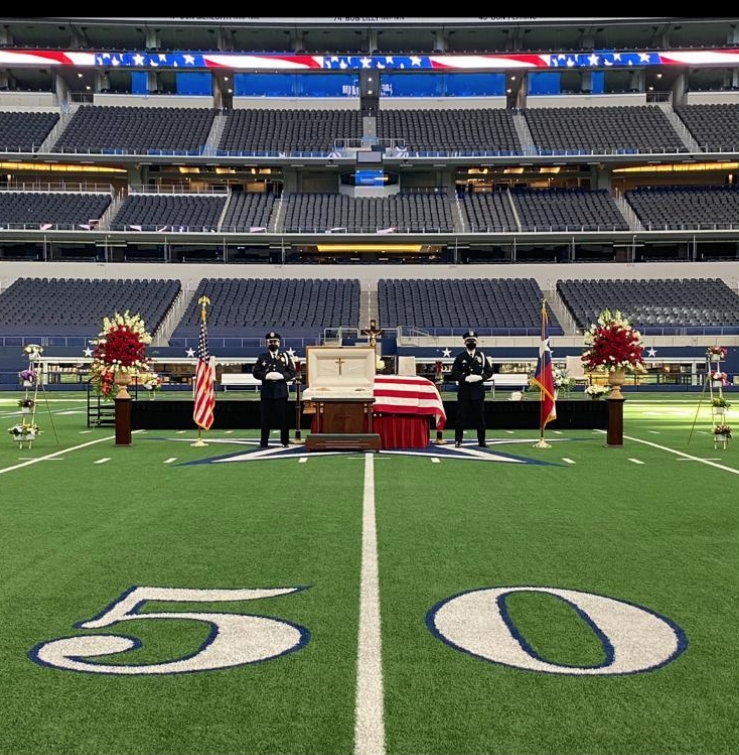 Congressman Ron Wright passed away on February 7, 2021.He represented Texas’s 6th congressional district in the U.S. House of Representatives. He represented Arlington, parts of Tarrant County, Waxahachie and Corsicana. Congressman Wright was a catholic and dedicated his life to his faith and serving the community.

Representative Wright was true fighter for Pro-Life. In 2019, he sponsored the The Tele-Abortion Prevention Act (H.R. 4935). When introducing this legislation, Congressman Wright stated:

“During the practice known as tele-abortion, practitioners conduct abortions over the phone or computer. No doctor should feel comfortable prescribing a life-ending pharmaceutical drug without physically being there to assess the patient. That is why I introduced the Tele-Abortion Prevention Act.”

Hugh Reynolds is the Pro Life Director for Council 8417 and site coordinator for the Waxahachie Hike for Life. He said that in October 2019, the Council held their annual Pro-Life fundraiser and invited Representative Wright to be the guest speaker. With his support, the event was the largest and most successful H4L events they ever held. In fact, they raised over $16,000, over three times more than they ever raised in the past Hikes.

Combined with matching funds from the Knights of Columbus “Ultrasound Initiative” program, the council contributed $13,000 to purchase a new $26,000 ultrasound machine for “First Look Pregnancy Center” in Ellis County. The council also donated over $1000 to Project Gabriel of St. Joseph’s Catholic Church in Waxahachie, and donated the remainder to the St. Joseph’s Parish Pro-Life Group.

Because Representative Wright dedication to Pro-Life both on a personal level and as a Congressman, Council 8417 presented Wright with a set of ACE Wings. Several weeks later, he was filmed proudly wearing his ACE Wings on the floor of the House of Representatives while introducing his “Tele-Abortion Prevent Act” before his fellow Representatives.

Upon his passing, his wife Susan informed Eric Valdez, DGK of Council 8417, and his wife Krystal, who are close family friends, that they had discussed how he wanted to be dressed for his funeral. She said that Wright said no matter what, he wanted his ACE Wings on him because they meant so much to him. Even in death, our Congressman proudly and visibly continued his dedication to the defense of the Sanctity of Life.