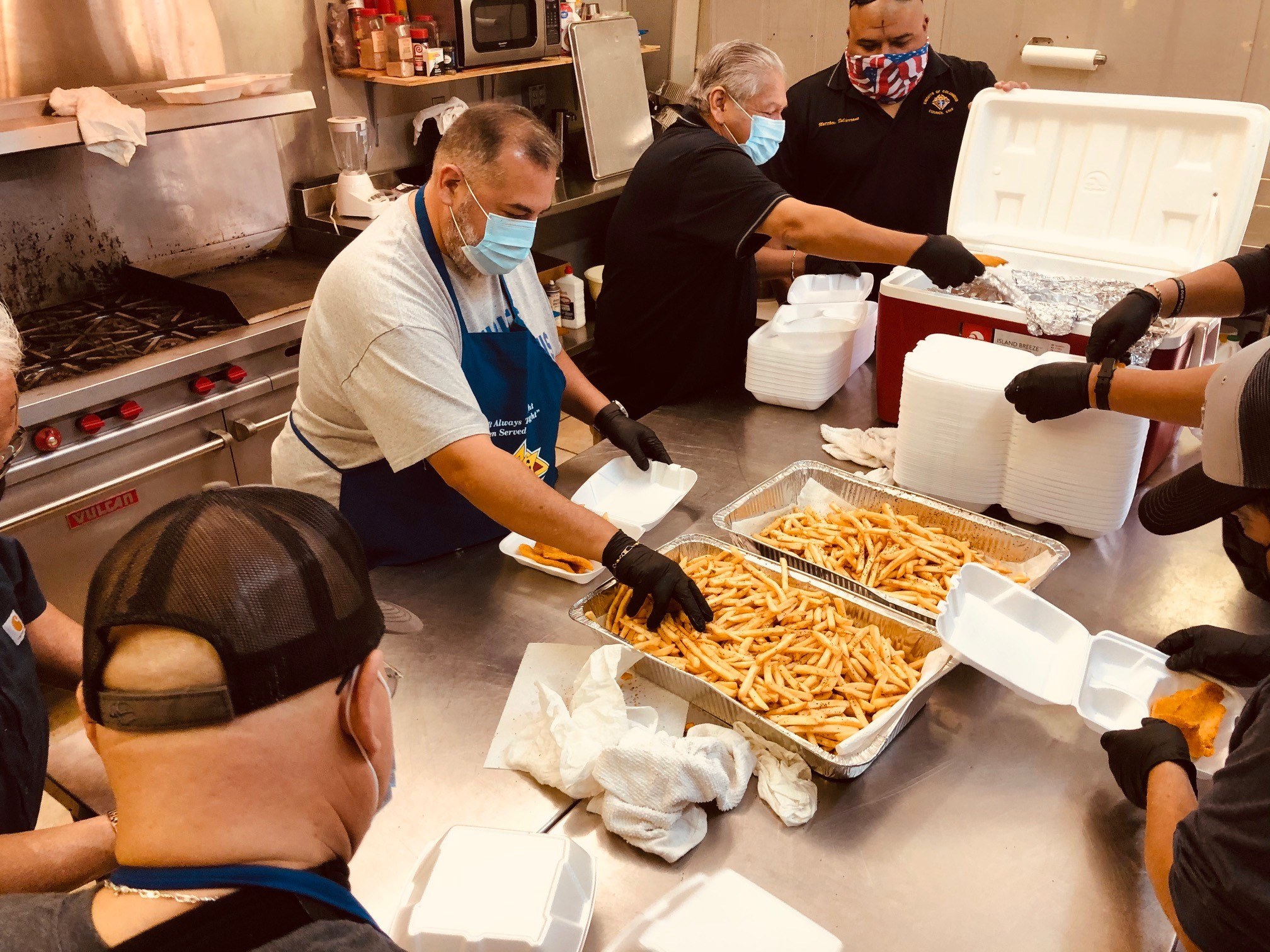 This weekend our Local St. Joseph Parish, Knights of Columbus, spent their Sunday serving their community with over 700 plates of delicious free food. Every year, during the 40 days of lent, the Knights hold several Friday Fish Fry fund raisers. They had scheduled their first plate sale this year for this past Friday, but in the middle of a winter storm the Knights knew it wasn’t the time for a fundraiser it was the time for giving. The community struggled with power outages and loss of water brought on by the winter storm Uri. As, the record-breaking freezing weather began to pass, everyone could see a community in need. Together, with the generosity of Father Antonio Hernandez, the Knights started planning an event to serve free plates of fish to the people of the area instead. The date was set for this past Sunday after 9:30am mass.

Sunday morning brought in beautiful warm skies which were a stark contrast to the freezing weather just days before. The Knights and many of their wives started cooking after early Sunday mass and they served up the free plates of fish, fries and water until the fish ran out in the late afternoon.

As people drove through the line to pick up the food, servers received words of thanks from their community. The words, “God bless you,” were heard throughout the day as cars drove by. Money donations, though not asked for or expected, came in from many of the people as they received their bags of food. When discussing what to do with the money donations, Father Antonio and the Knights decided to give it back to the church as well as two other charities. “In this way,” one Knight said, “The giving just keeps on giving.”

Many who drove through the line of cars inquired if the Knights were planning on holding any of their usual Friday Fish Fry fund raisers in the coming weeks. The answer is yes, but they will have to see how things unfold. The Knights are currently conducting a raffle with a grand prize of a 2021 Kawasaki Mule Pro Diesel, as well as 5 other cash prizes ranging from $250 to $1000. Only 300 tickets will be sold at $100 each. The drawing will take place on July 4th after 9:30am mass. 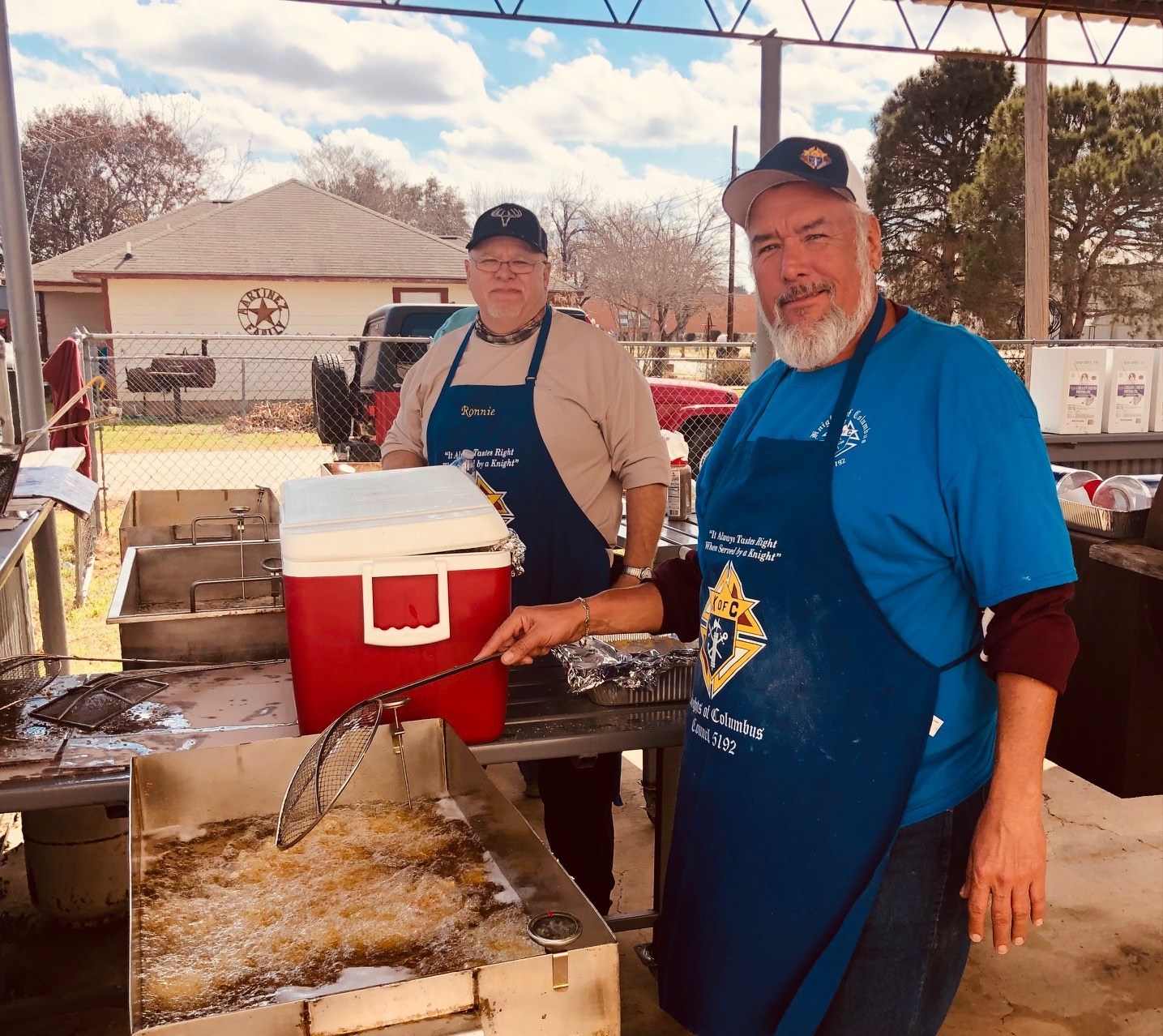 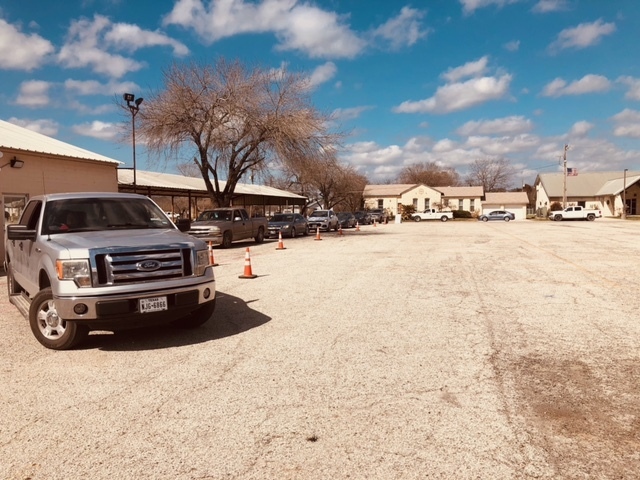