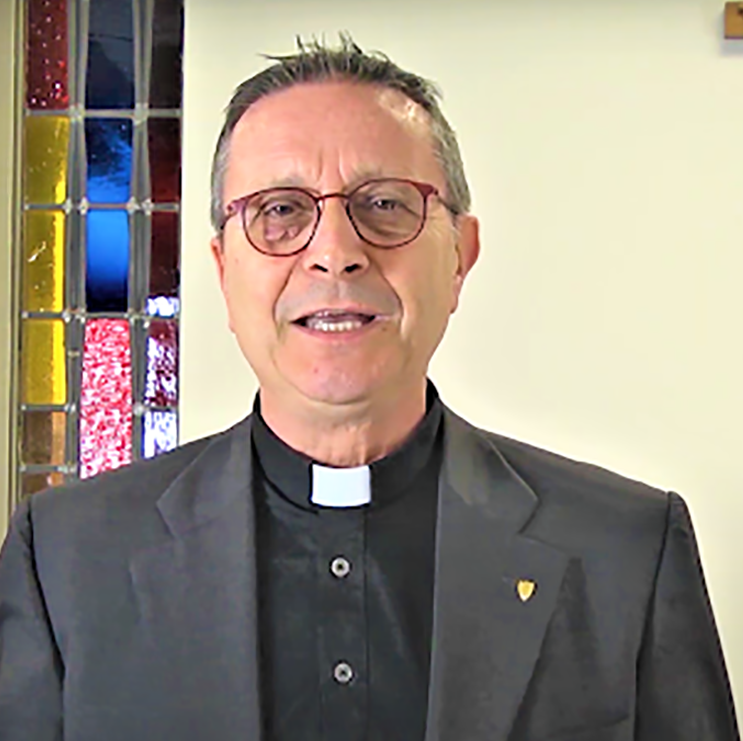 Pope Francis on Tuesday named an Italian-born Somascan priest as an auxiliary bishop of the Archdiocese of Galveston-Houston.

The pope appointed Fr. Italo Dell’Oro, C.R.S., on May 18 to the post in the archdiocese that serves more than 1.7 million Catholics in 146 parishes across 10 counties in southeastern Texas.

The 67-year-old bishop-elect was born in 1953 in Malgrate, northern Italy. Growing up in the town of Valmadrera, situated on Lake Como, he was a keen rock climber and mountaineer.

When he arrived in Texas in 1992 to serve as pastor of Assumption Church in Houston, he hoped to continue his high-altitude adventures, unaware of the local geography.

“When I came to Houston I started looking for mountains, excited to have found near Assumption Church the street named ‘W. Mount Houston,’” he told the Texas Catholic Herald in 2015.

“I followed it and found myself in the subdivision Hidden Valley. So I took up jogging, which I still try to do.”

Dell’Oro felt a calling to the priesthood at age 15, which he said “grew to an unbearable level” in his early 20s.

He grew up six miles from Somasca, where in the 16th century St. Jerome Emiliani founded the community that would become known as the Somascan Fathers. A friend who had joined the religious congregation dedicated to the service of the poor, orphans, and abandoned youth persuaded Dell’Oro to follow in his footsteps in 1976.

Dell’Oro attended the Somascan Novitiate and Theologate in Rome, making his first profession in 1978 and his solemn profession in 1981. He was ordained to the priesthood in Como a year later.

He gained a baccalaureate in sacred theology from the University of St. Anselmo in Rome in 1982. He then served as a priest assistant at Pine Haven Boys Center in Allenstown, New Hampshire, from 1985 to 1992, also earning a master’s degree in counseling and psychotherapy from Rivier University in Nashua.

After his 1992 move to Houston, the priest served at Assumption Church until 2000, when he became dean of the Northeast Deanery in Houston.

He was then vocations director at the Somascan Fathers House of Formation from 2001 to 2005 before serving as archdiocesan director of ministry to priests until 2015.

Dell’Oro, who is fluent in English, Italian, and Spanish, was named vicar for clergy and secretariat director for clergy formation and chaplain services in 2015 and episcopal vicar for marriage affairs in 2016.

The Archdiocese of Galveston-Houston is led by Cardinal Daniel DiNardo, 71, with the assistance of 75-year-old Auxiliary Bishop George Sheltz. The archdiocese, which dates back to 1847, covers 8,800 square miles, comprising the counties of Austin, Brazoria, Fort Bend, Galveston, Grimes, Harris, Montgomery, San Jacinto, Walker, and Waller.

Dell’Oro told the Texas Catholic Herald that his youthful interest in mountaineering and rock climbing had given way to hobbies such as reading novels by Fyodor Dostoyevsky and Tom Clancy, listening to Bach, Beethoven, and Vivaldi, and watching movies, including the series of action thriller films featuring CIA assassin Jason Bourne.