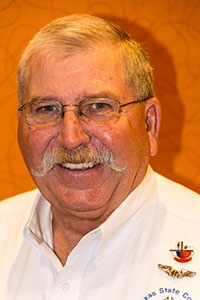 Through the middle of May Texas is still number 1 in membership, but leads Quebec by a percentage point. All Councils need to make a big membership push, not only to stay number 1 in division 1, but to bring new men into the order so that they can enjoy the benefits for himself and his family.

I remind everyone of the lesson of the rope that is performed in the second degree. The string displayed the weakness of the string and the strength of the rope when many strings are combined. The order can’t survive unless we are all combined to the success of all councils are together. Success is not only with membership but State Charities and Supreme and State per capita.

In February and March 1836 at the Alamo, 182 men were facing 4,000 Mexican soldiers who were intent on taking the fortress. Colonel Travis assembled the entire volunteer force and told them that they were alone and no reinforcements would be arriving. He took his sword, drew a line in the dirt, and ask all who wanted to stay to step over the line. I’m sure that each man thought long and hard on his fate and walking out to safety. Knowing that there numbers were small, one or two less fighters would jeopardize their friends who remained.

Our line in the dirt is drawn every July and many councils have stepped up to fulfill our goals and financial responsibilities. Others have taken the easy way out and allow those who stepped forward to carry the load. We have one month to finish this fraternal year as a success, and over two months before a new line is drawn. Ask you council leaders where your council stands.