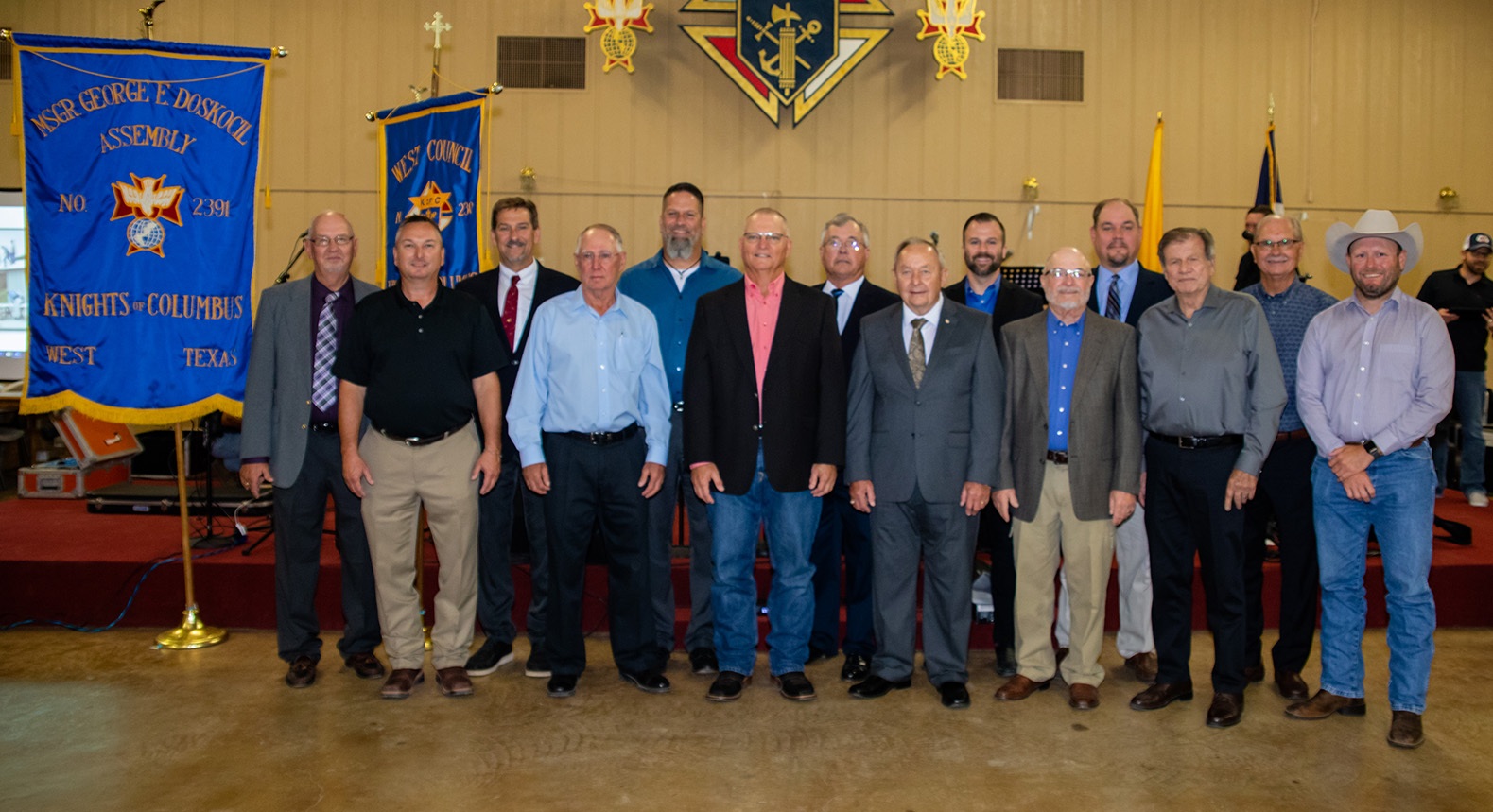 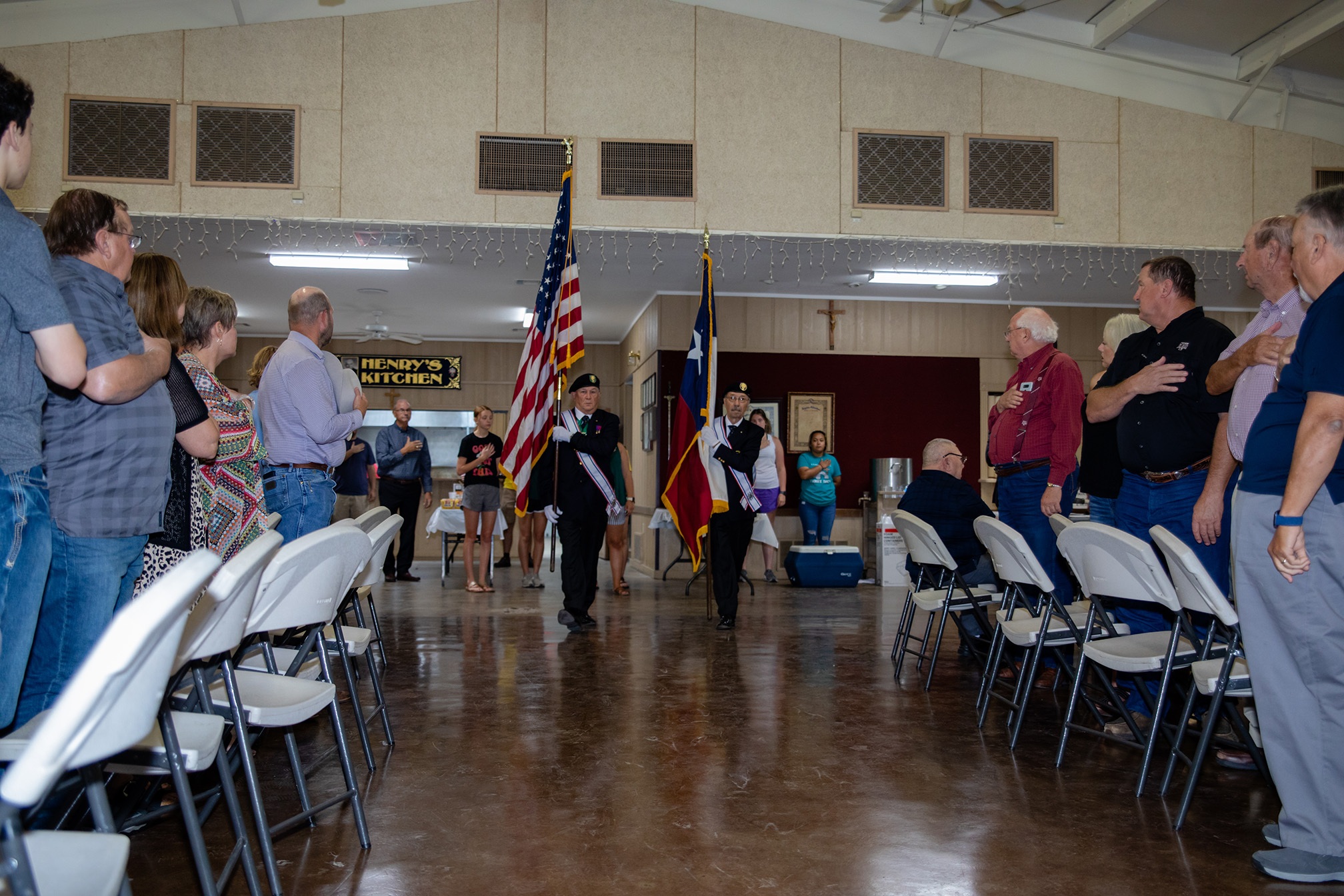 On July 25, 1921, West Council 2305 celebrated the 100th anniversary of its charter with a Mass, lunch for its members, their families and distinguished guests, a program detailing the history of the council, and a polka dance with the Ennis Czech Boys.The West Council was formed in 1921 through the efforts of local pharmacist John G. Kuhn and others when 47 men transferred from Waco Council 1358.It was chartered on July 25, 1921, and Mr. Kuhn was elected as the first Grand Knight.Meetings were first held in leased space above the First State Bank in downtown West.In 1937, meetings moved to the newly constructed St. Joseph’s Hall on the Assumption Catholic Church grounds in West.In 1964, land was purchased, a home corporation (West Columbus Club) was formed and the first KC Hall in West was constructed.The current, larger Hall was constructed in 2005.

At the event, Grand Knight Joe Pustejovsky recognized distinguished guests, including living chaplains, widows of members in attendance, living past Grand Knights, and the longest serving living member, Brother Clifford Archer, who joined the Order in 1951.Special recognition was given to Brother Charles Kubacak, who served as Financial Secretary for 46 years before his retirement.The history of the Council over the different periods in time was researched and related by Brothers Richard Vrbas, Darren Sinkule, Mike Lednicky, Eugene Maroul, and Deacon Ronnie Sykora.

Over the past 100 years, the West Council has taken great pride in its charitable activities, including many years of altar server picnics for children of several parishes in the area, service to multiple area organizations, including the Church, Special Olympics, Catholic Daughters, schools, and organizing many benefits in the local community.The West Knights have provided countless hours of service and support for the local Church and community and remain committed to standing strong whenever needed in the parish and the city of West.