he Col. Walter Parsons Knights of Columbus council 3205 held its annual family night on June 16, 2021. After a meal, several awards were given. The following knights received awards

Roger Martinez was the recipient Bob Boller council award for the knight who best represents of Charity, Unity, and Fraternity in the council. (pic 1)

Jeff and Amy Heye recipient of the council family of the year.

Knight of the year Jesus Perez

These awards were presented by Grand Knight Gary Richardson 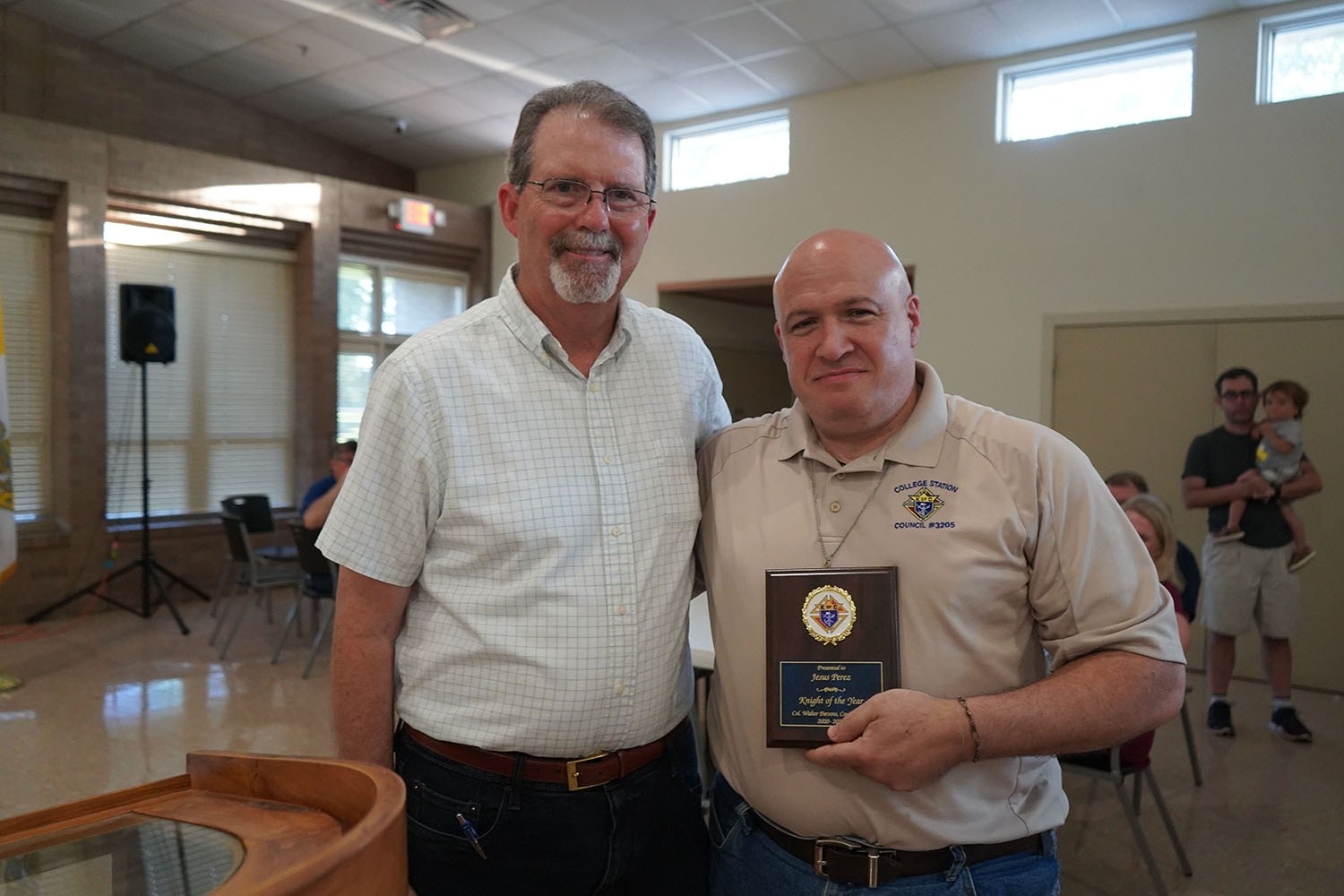 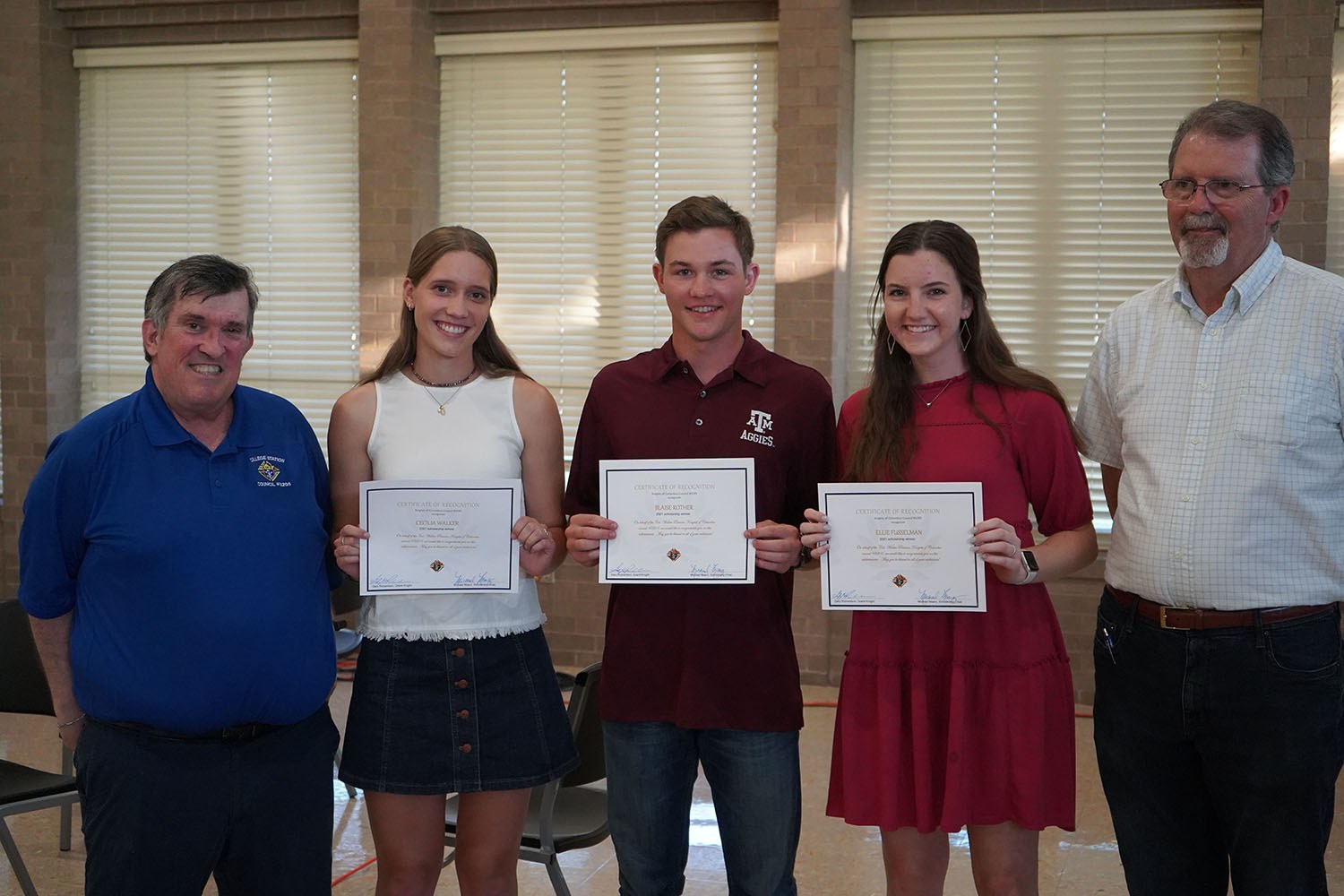 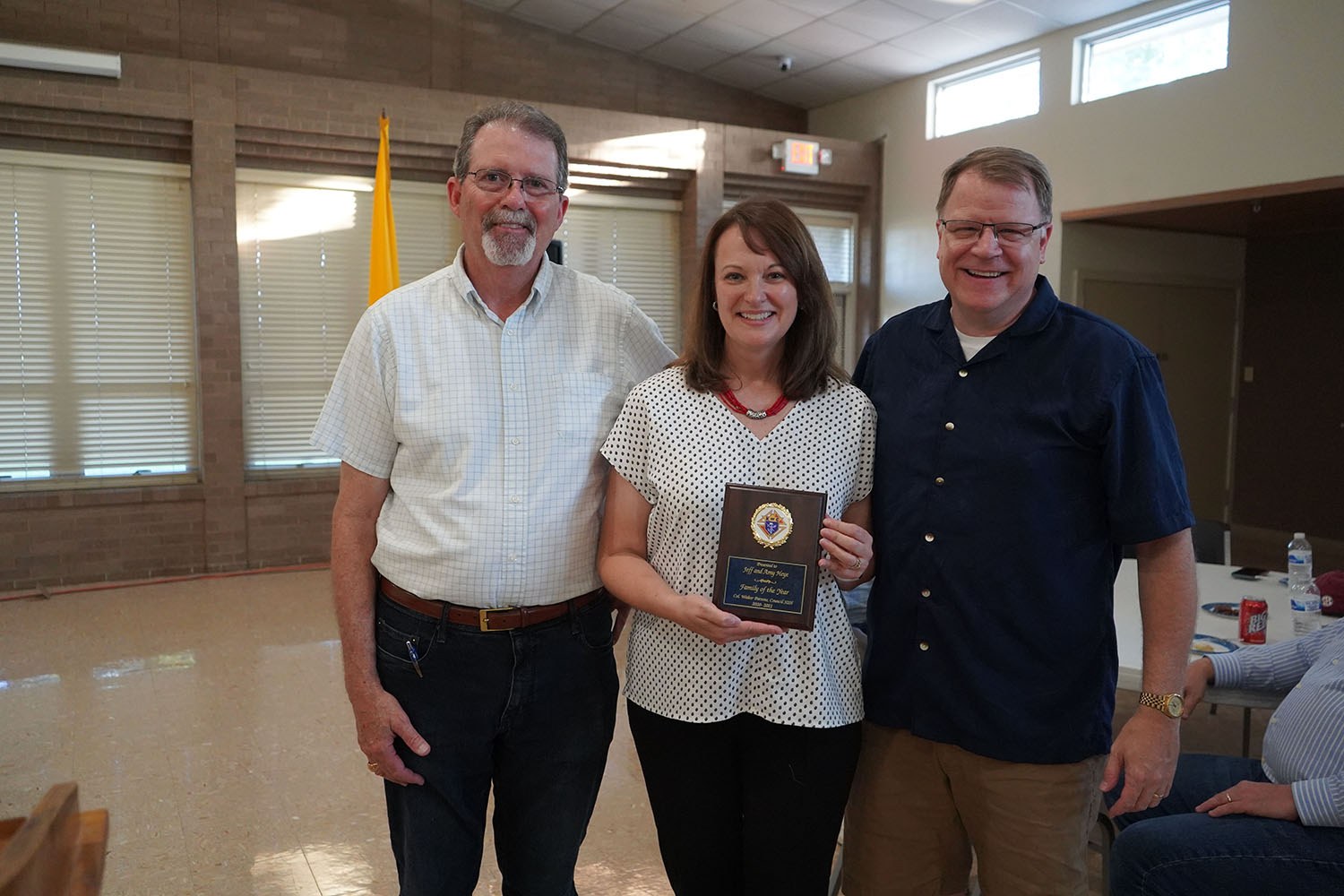 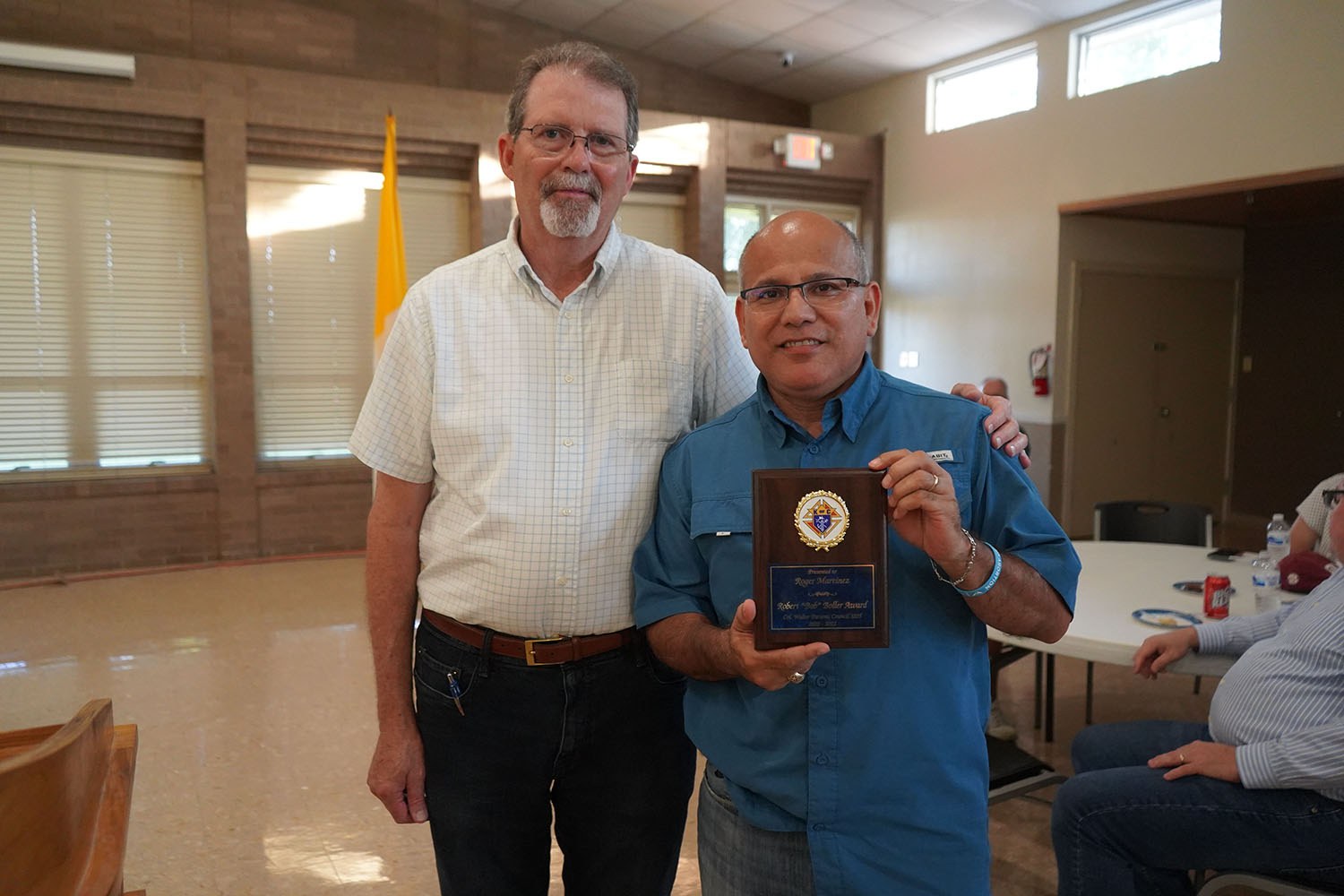