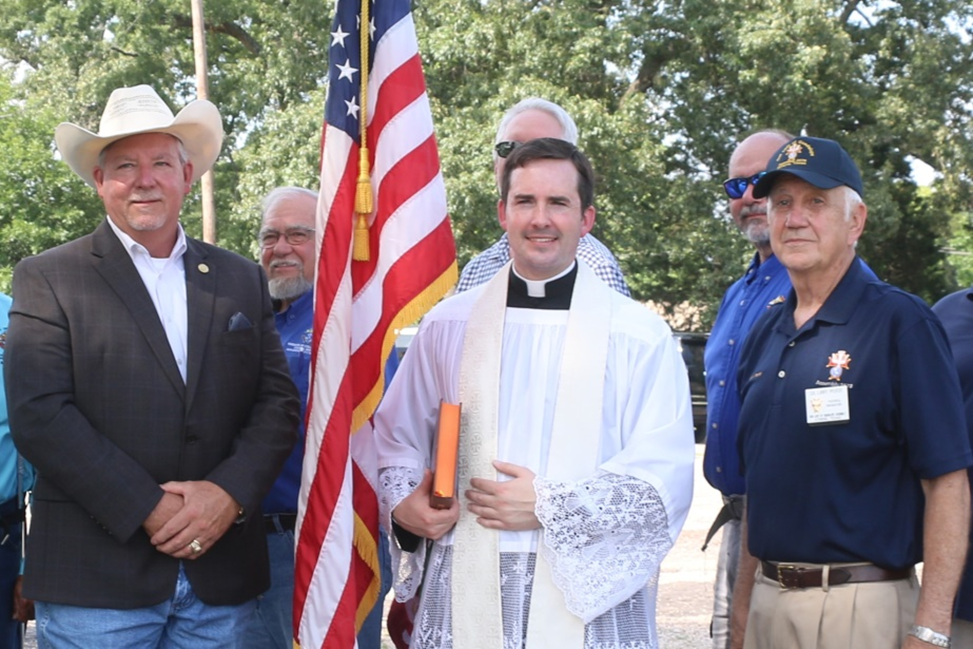 n June 14th, National Flag Day, Knights of Columbus of Assembly 2570 conducted a flag retirement in accordance with United States Code (4 U.S.C. Section 1). The flag retirement ceremony was held at TVCC and is an annual event hosted by the Knights of Columbus. A flag which is torn, worn, stained, or otherwise no longer serviceable is to be disposed of according to the code listed above and the preferred method is by burning. Larry Pfeifer, served as the master of ceremony for the event. After the colors were posted and the National Anthem played, Mr. Pfeifer introduced Fr. Lowry, pastor of St. Edward Catholic parish in Athens, who gave the invocation and asked for God’s blessings over all gathered for the ceremony and for our nation. See picture below; L to R Representative Keith Bell. Fr. Nolan Lowry, and Larry Pfeifer. In the background are knights Joe Lomonaco, Christopher Mix, and Thomas Calderon.

Members of the local VFW Post had collected flags which had flown on the grave sites of those departed veterans buried in the local cemetery and those flags were also retired. The ceremony concluded with guests participating in the ceremony by rendering a flag to the fire in the memory of a departed veteran of the United States Armed Forces and Merchant Marines as all flags were committed to ashes. See picture below. L to R, Maxine Sumpter, Sir Knight John Sumpter, Sir Knight Jerald Nolan and in the background is Sir Knight Gabriel Martinez as they commit a flag to the fires in memory of those who have served in defense of the United States of America. 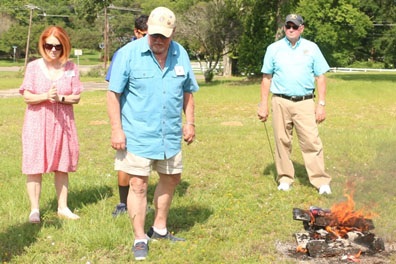