The St John the Evangelist Knights of Columbus Council 8302 in San Antonio, Tx. had the privilege of helping to support Fr. Louis Xavier Benavides SJwhile he was a studying at Boston College to become a Jesuit priest. Fr. Benavides is the son of Louis Benavides, a long-time member ofthe council. The KofC raised enough money to make quarterly donations to the seminarian.

After being ordained on June 19, 2021 at Blessed Sacrament Catholic Church in Hollywood, California, Fr. Benavides returned to his hometown in San Antonio where he celebrated his first mass on June 12 at St. John the Evangelist with his family and members of the KofCpresent. The StJohn KofCwere finally able to meet the seminarian they had helped support for so long.

Long before Fr. Benavides was called to the priesthood he had an exciting and successful career working for Microsoft and Amazon.While working at Amazon in Seattlehe was selected to lead a team opening a new distribution center in South Carolina.

The day before he was scheduled to leave he stopped by an adoration chapel on his way home and prayed for guidance. The next day the South Carolina Amazon project was unexpectedly cancelled. Shortly thereafter, Fr. Benavides put in his notice at Amazon and decided to pursue a vocation with the Jesuits.

Fr Benavides already had a philosophy degree from Texas A&M University, a masters degree from Loyola University in Chicago and an MBA from the University of Michigan. While studying for his MBA he took first place in an international business administration competition against 300 contestants from around the world.He was presented his first place award at Notre Dame University in France.

While studying for the priesthood he was part of a team of Jesuit missionaries who built a church in a small mountain village in Jalisco, Mexico. The St John knights were proud to contribute to Fr. Benavides support. 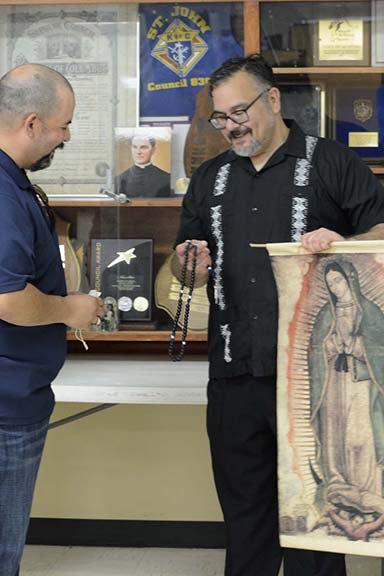 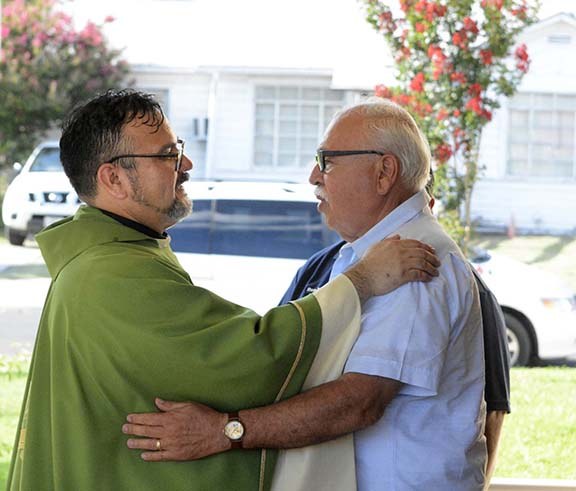 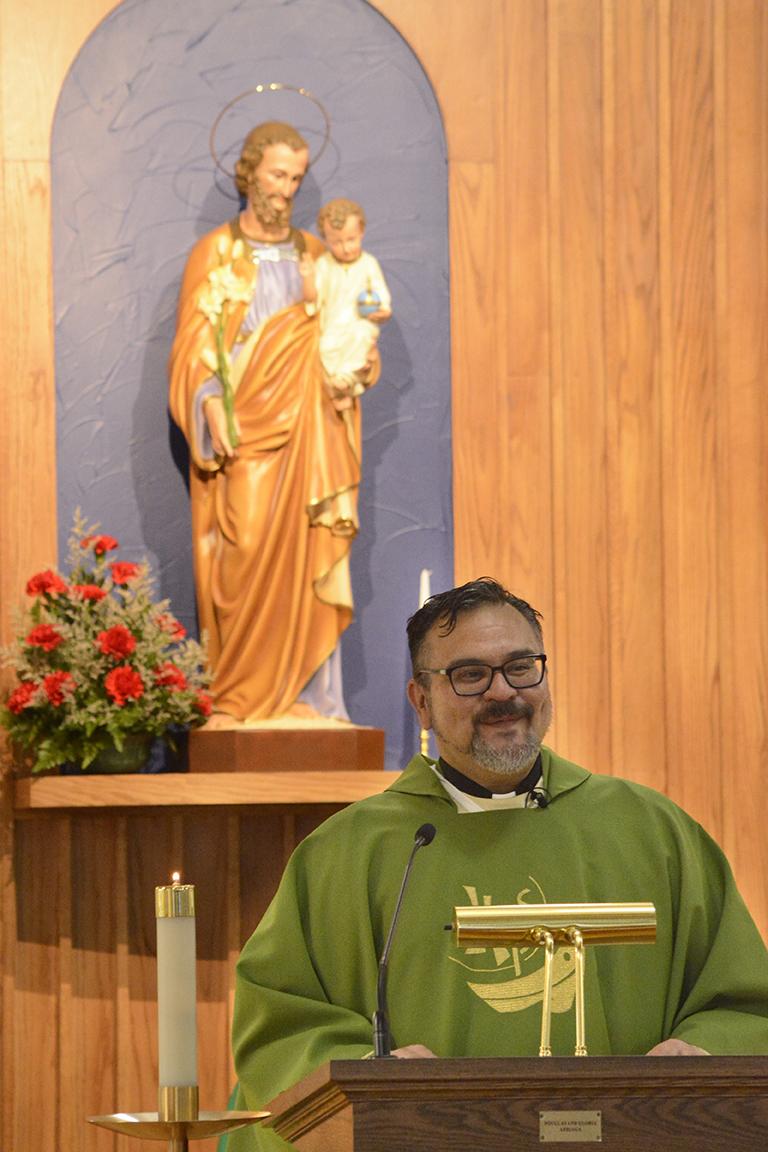 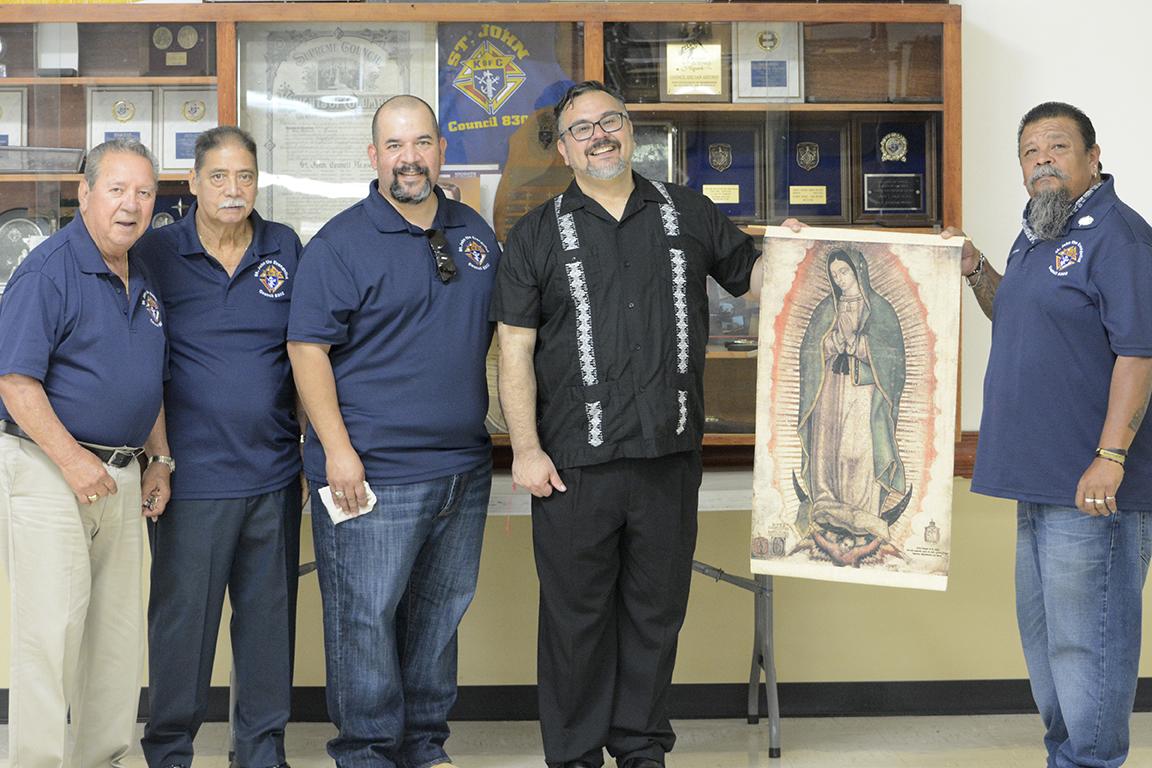