For One Brother, Service is Second Nature

Brother Michael Wanigasekera, from Knights of Columbus Council 17304 in Prosper, Texas, recently returned home from a three-week mission trip to Cambodia where the goodwill ambassador was able to spread some joy to the poor community of Chrey Thom village, North Svay Rieng Provence, a mere two miles from the Vietnamese border.

Cambodia is still recovering from the impacts of the Khmer Rouge and the Vietnam War all these years later. An estimated two to three million people of all ethnicities and political backgrounds were killed from 1975-1979 during the genocide. Many estimates place the total number of deaths as high as one quarter of the entire population of Cambodia (at the time). Brother Michael noted that there wasn’t a person around who was not impacted by the massacres. One of his host families lost five children in the widespread violence.

Service to others is nothing new for Brother Michael. He previously served two years in the United States Peace Corps, also stationed in Chrey Thom village, where his typical day varied. His primary job was to teach English at a secondary school. Eventually, he developed a school library and a garden for the secondary school. Later, he built a clean water filtration system to cleanse the water for the school. The list of projects was nonstop. After that, he helped build a basketball court and painted numerous murals to make the village more appealing. His most important task with the Peace Corps, however, was to educate the people in Chrey Thom about the kindness and diversity of people in the United States. Michael says “Many people had misconceptions and stereotypes about what an American looks like. I thought it was so important for them to have a greater understanding of the people of our country.” Being the sole American in his village, the communication barrier was frequently a factor at first.

His service in Cambodia was quite a culture shock for him, as most homes in the village are powered by a car battery which must be recharged from a portable generator periodically. Electricity and running water are luxuries that most Cambodians do not have. There aren’t any power lines. In an area where temperatures can easily soar over to a 100 degrees, it can be very difficult to survive. In Chrey Thom, most villagers are farmers. A few teachers in the community made upwards of $300 monthly - which was considered very good pay for the struggling country.

After serving in the Peace Corps, Michael then served an additional year in VISTA (Volunteers in Service to America), the domestic Peace Corps, where he was stationed in a small town in Vermont working with disadvantaged youths and with adults dealing with substance abuse.

During his most recent visit to Chrey Thom, Michael was once again involved in many key improvements for the local people – from helping to construct ground water wells for area families (which will supply essential drinking water to fourteen individual families), to putting together a school library and school garden for the primary school. He was also able to purchase basketball equipment and supplies, such as paint, to beautify the primary and secondary schools. Despite the arduous work schedule, Michael was still able to share our Catholic faith with a number of villagers that have little to no knowledge of Christianity.

Michael says, “My service in the Peace Corps and in VISTA was very difficult and challenging, but it changed my life. It made me truly realize that we are here to make a difference and to help others…and the blessings we are given are to be shared. Service to others, and service to our country, have been the greatest honors of my life.”

Michael is already planning to go back to Cambodia next year to visit old friends and continue where he left off -- spreading peace and sowing the seeds of freedom to one of the most impoverished countries in the world. 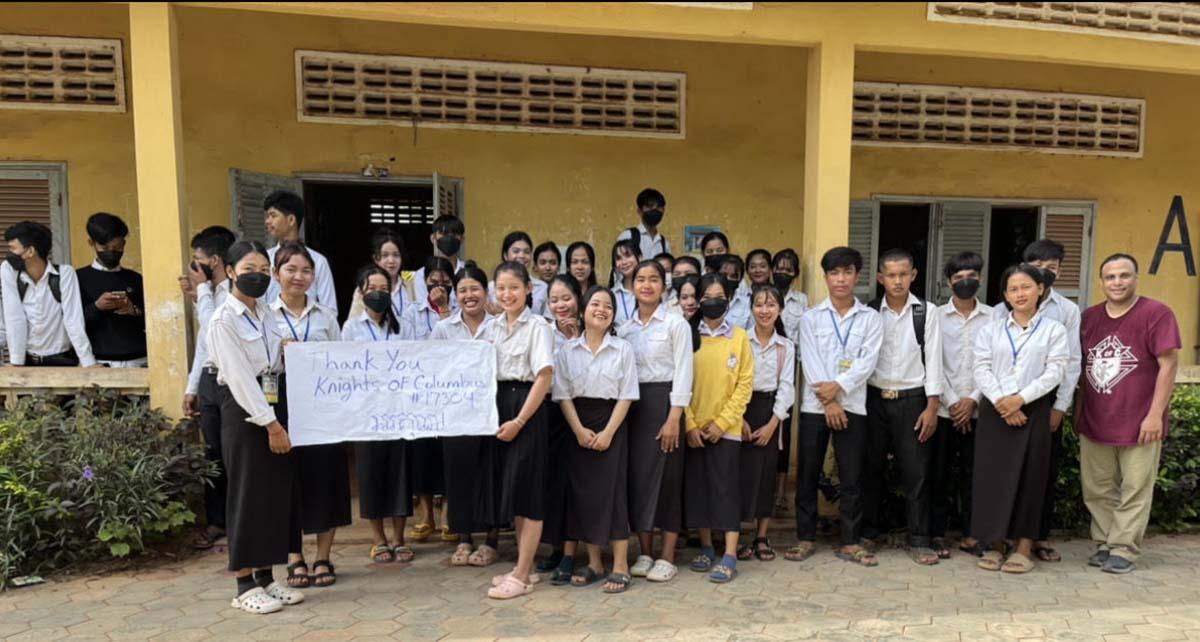 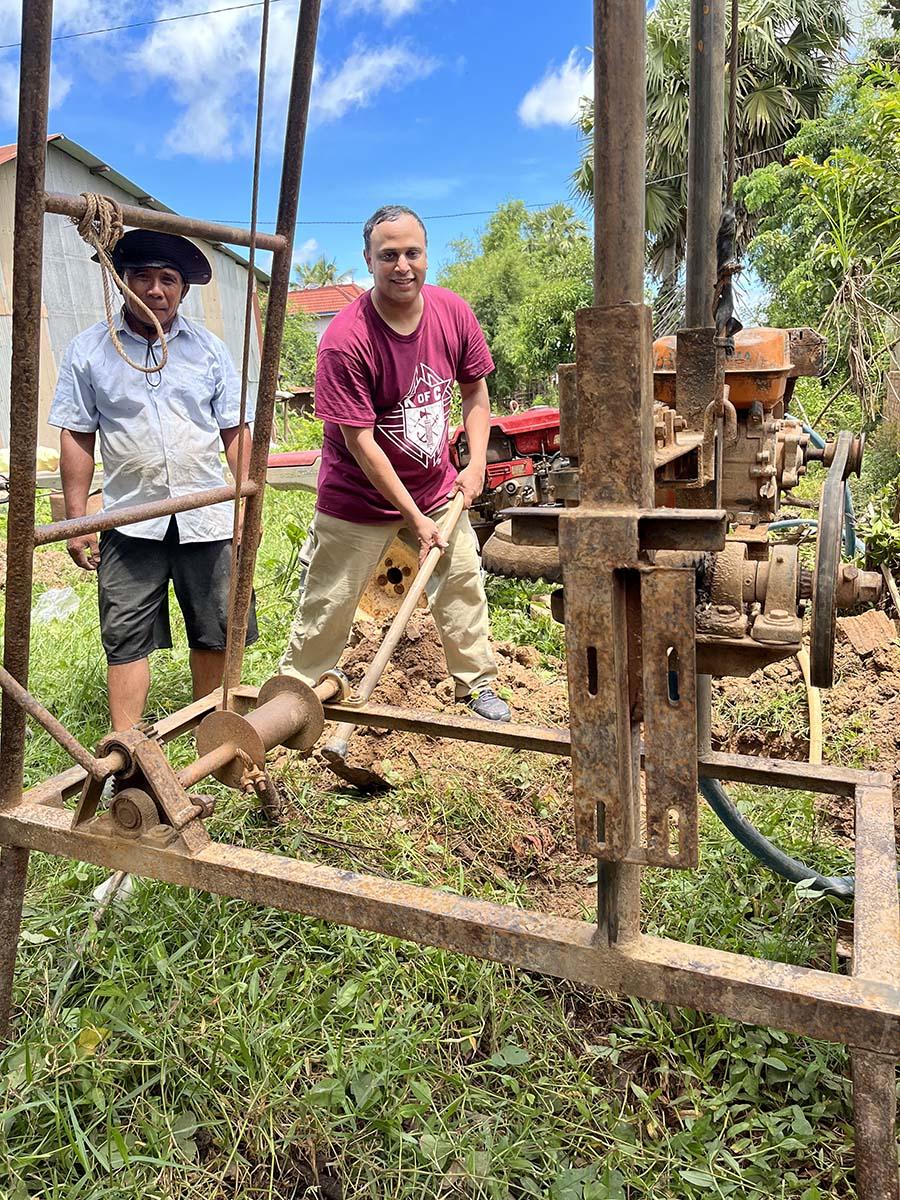 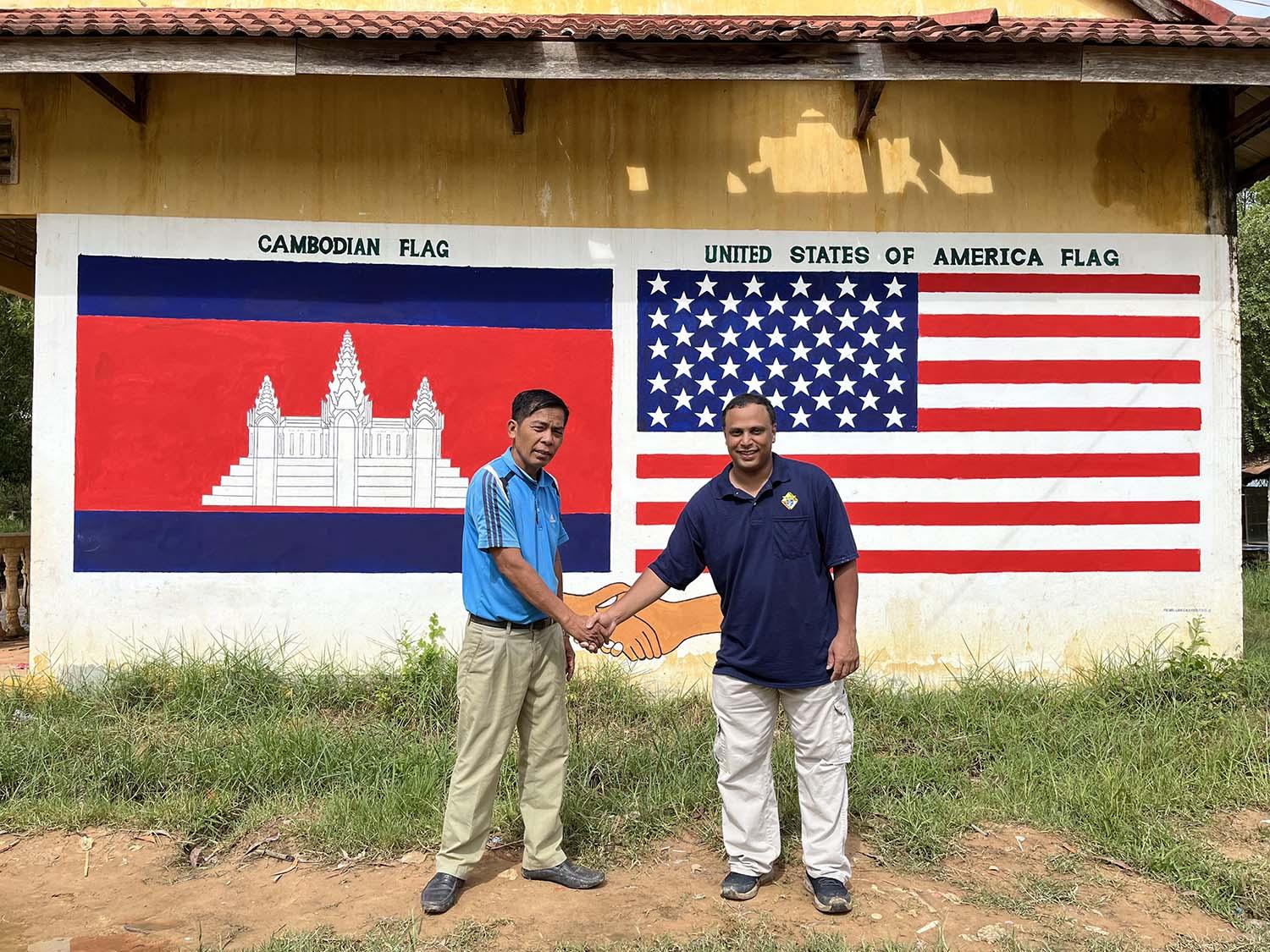